Three shootings occurred Sunday night on the island of Montreal, including one that left a person injured.

The Montreal Police Department (SPVM) did not report any arrests in any of the three events.

At around 7 p.m., a man was shot and injured at the Atwater metro station during an altercation involving about 10 people.

The event occurred inside the metro station's kiosk on de Maisonneuve Boulevard in Westmount. The SPVM has yet to determine the causes and circumstances surrounding this conflict. 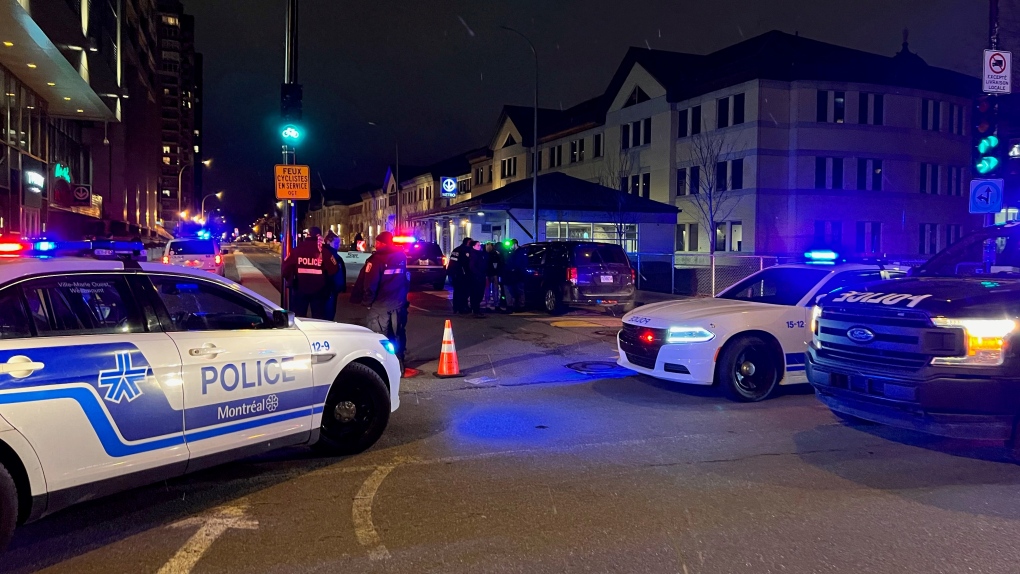 At around 7 p.m., a man was shot and injured at the Atwater metro station during an altercation involving about ten people. (Cosmo Santamaria/CTV News)

The injured 38-year-old man took refuge in the commercial establishments of Place Alexis-Nihon, located across the street.

He had an upper body injury and was taken to a hospital. His life was out of danger at last news on Monday morning.

The man is known to the police and refuses to cooperate with investigators.

Around 9 p.m., gunshots rang out on Jean-Nicolet Street, in a residential area of the borough of Saint-Léonard.

Finally, at approximately 11:30 p.m., two front doors of a residence on The Boulevard in Westmount were targeted by gunfire.

In all three cases, police investigators are looking for video footage in an attempt to identify suspects.

This report by The Canadian Press was first published in French on Dec. 5, 2022.