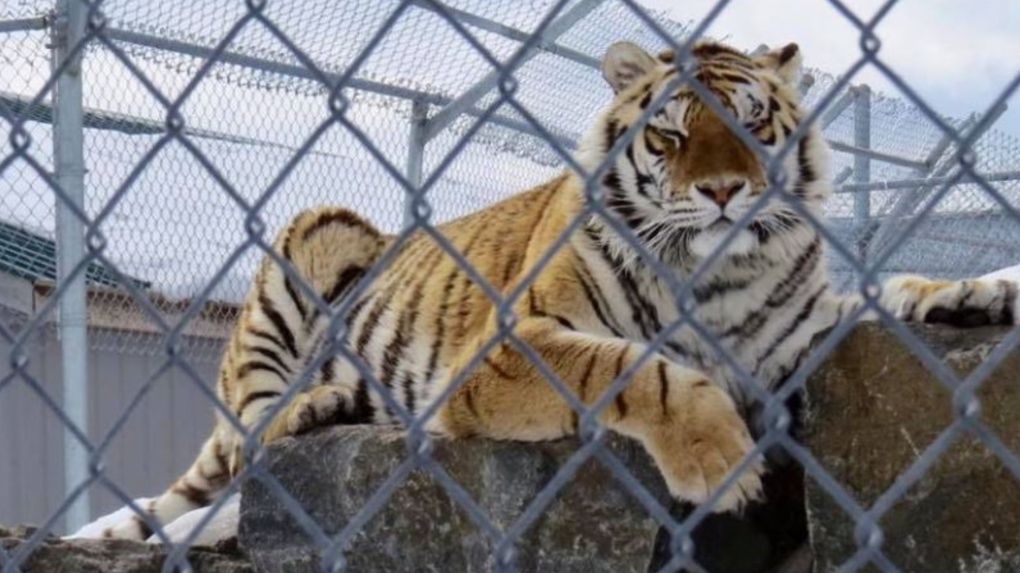 Animal welfare officials say they have arrested the owner of a Quebec’s St-Edouard Zoo and are in the process of seizing its animals. (St-Edouard Zoo via Facebook)
MONTREAL -

In the wake of a 2019 investigation by the Montreal SPCA, the former owner of the St-Édouard Zoo has pleaded guilty to four animal welfare offences, but is avoiding criminal charges.

Normand Trahan will have to pay nearly $7,000 in fines and is prohibited from owning animals for commercial purposes, a judge determined Wednesday morning in the Trois-Rivières courthouse.

“The result obtained in court today shows how essential this work is,” said Élise Desaulniers, executive director of the Montreal SPCA.

Over 200 animals were seized from Trahan’s zoo in 2019 -- including lions, tigers, zebras, bears, wolves, kangaroos and primates -- after the investigation uncovered evidence of animal cruelty and neglect.

According to court documents released in 2019, animals were deprived of adequate food and water, placed in cramped and unsanitary enclosures, and did not receive appropriate veterinary care.

"The Montreal SPCA's Investigations Division is satisfied to have obtained an admission of guilt in this case,” said the division’s director, Chantal Cayer.

The St-Édouard Zoo, which was shuttered in June 2019, was sold earlier this year.

The SPCA investigation began in August 2018, after zoo visitors complained about the facility’s conditions.

Veterinarian Dr. Marion Desmarchelier served as an expert during the investigation, visiting the zoo in October 2018 to assess the welfare of the animals.

In the 2019 court documents, she’s quoted as saying that, in the course of her career, she had “never seen anything approaching the conditions” of the St-Édouard Zoo.

Desmarchelier said that many of the zoo’s animals were “at risk in the short term of dying of hunger or cold, limited to eating food inappropriate for them [that is] highly contaminated, often from their own excrement, frozen, and sometimes toxic to them.”

Although Trahan initially denied allegations of mistreatment, he did admit to investigators that animals from warm climates were not provided with heated enclosures and that most of his animals did not receive veterinary care -- in fact, he said sick animals were usually hidden from the public eye or sold to avoid backlash.

Trahan even admitted to shooting and killing both a lion and tiger, and killing a bird by stepping on it.

As for the zoo residents who were rescued, Élise Desaulniers says they’ve been moved to new facilities across Canada and the U.S. where they “receive all the specialized care they need.”