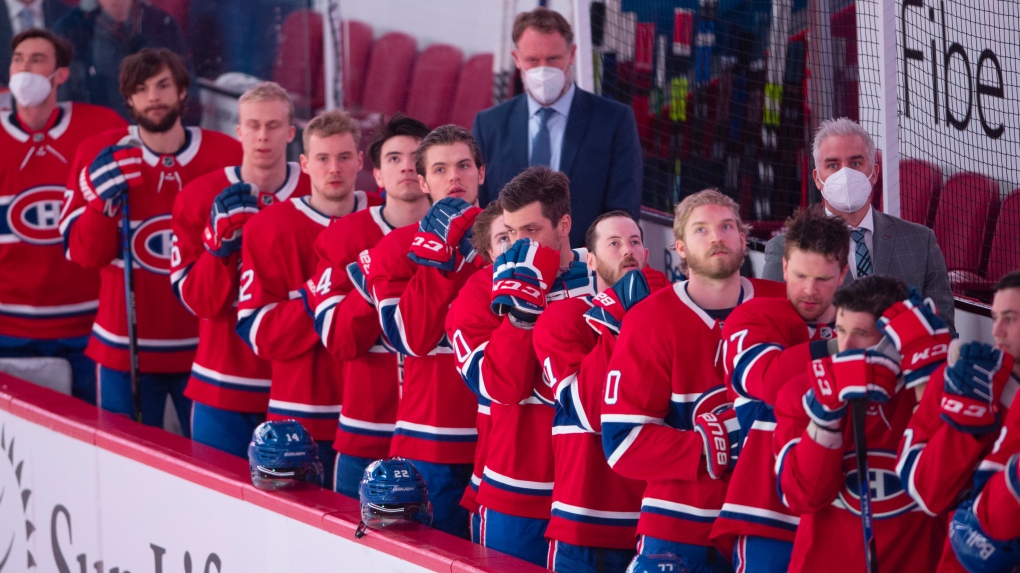 Montreal Canadiens stand for the national anthem before their final game of the season against the Edmonton Oilers in NHL hockey action Wednesday, May 12, 2021 in Montreal. THE CANADIAN PRESS/Ryan Remiorz

The Legault government is rebuking the Canadiens for claiming Montreal is unceded Indigenous territory.

The Minister responsible for Indigenous Affairs, Ian Lafrenière, maintains that the organization is mistaken.

The Montreal Canadiens are now announcing before the start of games that their organization recognizes the Mohawk Nation for its hospitality on its traditional and unceded territory.

"It's a decision by the Habs," he said in a press scrum at the National Assembly. "It's important to recognize that the First Nations were here before us and that we live together, but now we're getting into a debate between historians who don't agree, so maybe it was a mistake."

Particularly in Montreal, we don't agree on who was there first, he continued, "and that's where it gets complicated."

On Tuesday, the Liberal opposition welcomed the Canadiens decision. Leader Dominique Anglade nevertheless acknowledged that historical research is far from categorical on this issue.

"The veracity of all this is important, but the message is also important and must be conveyed. (...) If there are facts that need to be verified, let them verify them," she said.

The Parti Québécois (PQ) said it was opposed to the hockey team's decision.

Leader Paul St-Pierre Plamondon said that the debate should be left to historians. He added, however, that the truth had its place.

"If it is historically wrong to say that this is unceded Mohawk territory, I am sorry, but the truth is important. Rigour, facts matter," he said.

He also wondered why a sports team would decide to make a statement on a historical issue.