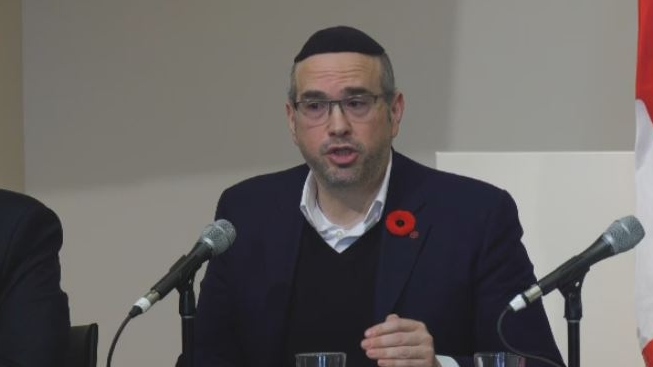 “Two years of division based on their ideology… they’re one that pits different groups against one another – whether it’s cyclists against drivers, the SPVM versus community groups – it’s one that doesn’t know how to make a compromise,” he said.

The Ensemble Montreal leader expressed his dismay at a lengthy list of the city’s current governing practices, including a reluctance to engage in any economic development, nightmarish snow removal operations, and city spending that has ballooned, according to Perez, by over $500 million.

But Perez was most upset with the decision to ban vehicular traffic through Camillien-Houde Way and over Mont-Royal. He called it a “dogmatic decision,” and said it was yet another example of the mayor forcing its “Plateau-ization” onto the rest of Montreal.

“It was one that was done without any data, any facts or any consultation. They make their decisions even though the public doesn’t want it,” he said. “They’re not willing to look at the different realities in the different boroughs, they’re simply wanting to have a one size fits all.”