Two women were seriously injured in a head-on collision, one in critical condition 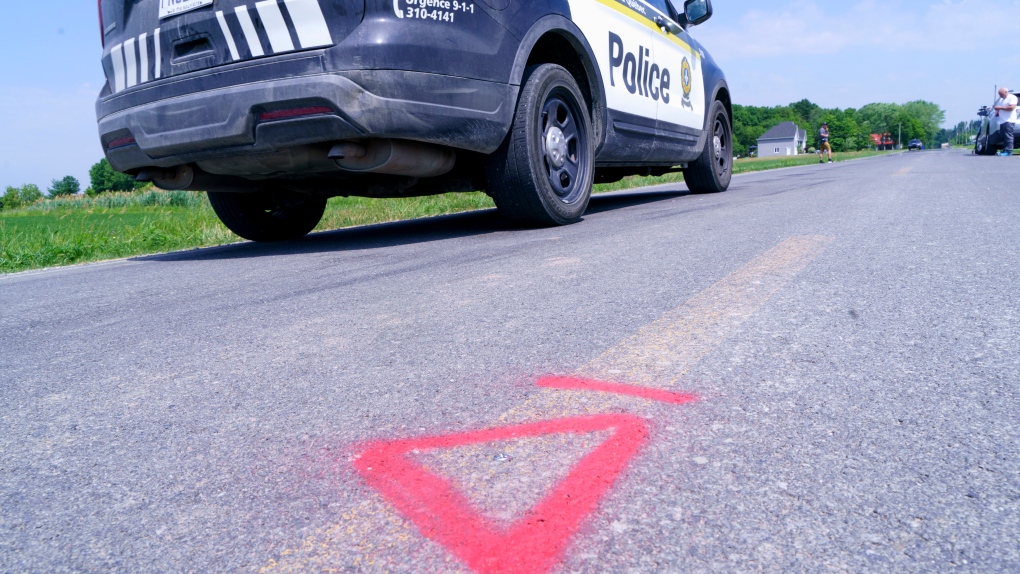 The SAAQ foundation is urging drivers to slow down, pay attention and take rests when tired, as they enter the most deadly stretch of the year on Quebec roads. THE CANADIAN PRESS/Paul Chiasson

LOUISEVILLE, QUE. -- Two drivers were seriously injured in a head-on collision Saturday night in Louiseville, Mauricie, between Montreal and Trois-Rivieres.

The head-on collision occurred around 11:30 p.m. on Route 348, which is also known as chemin de la Grande Carriere.

For an unknown reason, one of the two drivers deviated from her lane, which led to the head-on collision.

"The two women, aged 19 and 41, who were each alone in their vehicles, were seriously injured and transported to a hospital," said Surete du Quebec (SQ) spokesperson Sgt. Helene St-Pierre. "We fear for the life of the 41-year-old woman."

The situation could have taken an even more serious turn when a third vehicle could not avoid the scene of the accident, hitting one of the two vehicles in turn, police say.

"The four occupants of the third vehicle were not injured," said St-Pierre.

The road was closed after the accident and reopened around 7 a.m. on Sunday.

A collision investigator was called to the scene to try to determine the exact circumstances of the accidents, and the SQ's investigation is continuing.