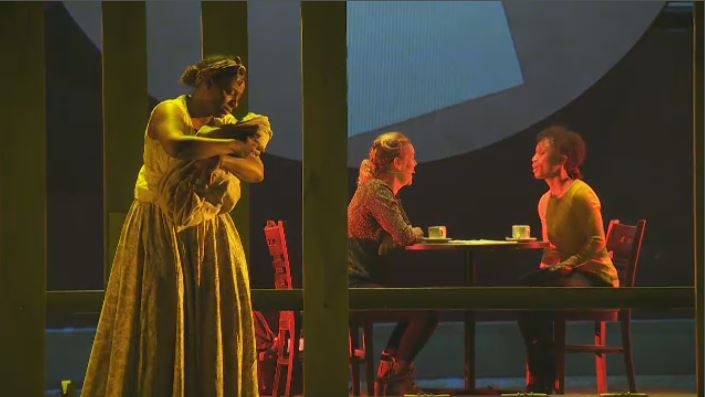 Montrealers have adamantly spoken out against SLAV, a performance directed by Robert Lepage - because they say it's a racist appropriation of black culture. (CTV Montreal)

Friday and Saturday's scheduled performances of the controversial musical show, SLĀV, have been cancelled due to performer Betty Bonifassi's fractured ankle, according to Jazz Fest organizers.

Ticketholders for Saturday's show at the Theatre du Nouveau Monde will be refunded or given the opten to exange their tickets for another Jazz Fest performance.

SLĀV has been beleagured with controversy since its media debut earlier this week.

Montrealers have adamantly spoken out against the performance - directed by Robert Lepage - because they say it's a racist appropriation of black culture.

The show puts on performances of songs composed and sung throughout history by black slaves.

However, its organizers have pushed back against criticism, denying that the piece is racially insensitive.