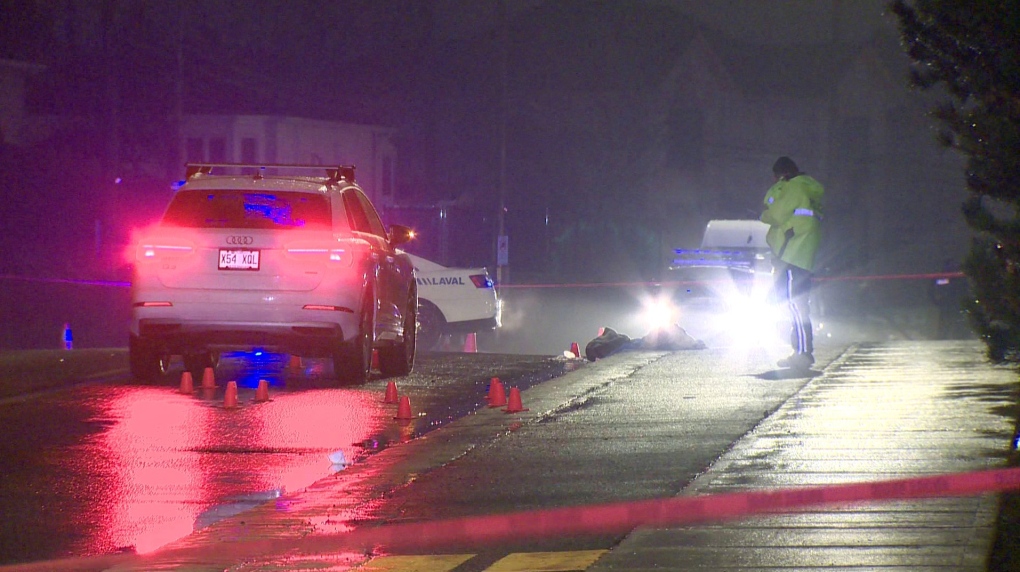 A police officer examines the scene a fatal collision at 7656 Laurentides Boulevard in Laval, Que. on Tuesday, Dec. 6, 2022. Police say a 61-year-old man was pronounced dead at the scene. (Cosmo Santamaria/CTV News)

In the first collision, which happened around 4:25 p.m., a vehicle struck a 61-year-old man while he was crossing Laurentides Boulevard, near the intersection of Riopelle Street, according to Stéphanie Beshara, a Laval police spokesperson.

The victim was pronounced dead at the scene.

At around 5:50 p.m., police were called to Cartier Boulevard Ouest for another report of a pedestrian being struck.

In that case, a vehicle struck a 37-year-old woman while she was crossing the street, near the intersection of Laurentides Boulevard.

She was sent to hospital in serious condition where she later died of her injuries, according to Beshara.

The driver, a woman in her late 40s, was treated at the scene for shock.

Both collisions are under investigation.

Three men who disappeared after planning to rap at a Detroit party were killed by multiple gunshots, police said Tuesday, five days after their bodies were found in a vacant, rat-infested building.