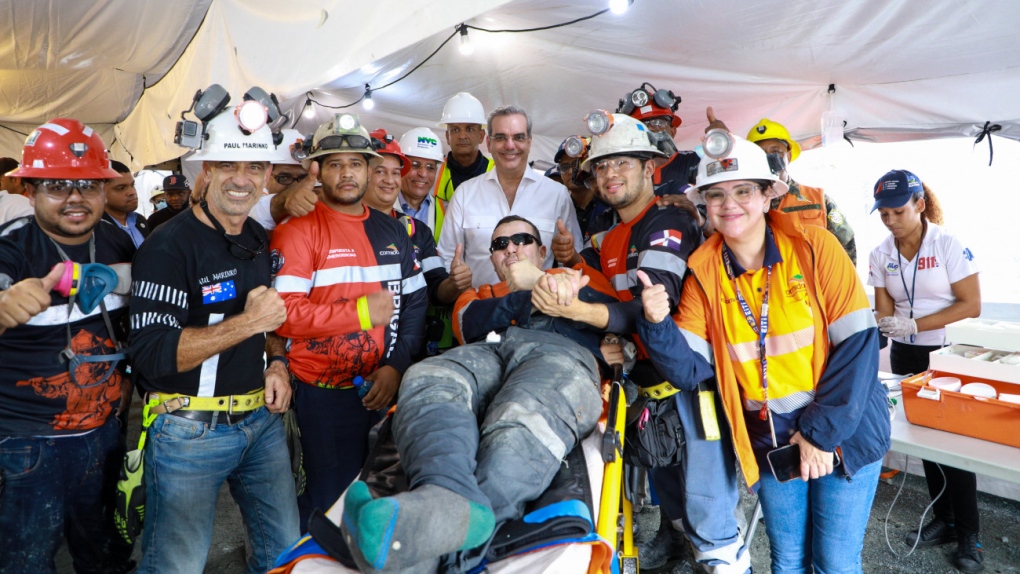 Defence Minister Anita Anand says two miners who were trapped in an underground mine for 10 days in the Dominican Republic have been rescued with the help of Canada.

In a tweet on Tuesday, Anand said the Royal Canadian Air Force transported mining equipment to Santo Domingo following a request for assistance from the Dominican government.

Two miners with the Dominican Mining Corporation, known as Cormidom, had been trapped since July 31 in an underground mine.

I’m very glad to learn that miners trapped in the Dominican Republic have now been rescued, with assistance from Canada.

According to a news release from the Dominican Republic Embassy on Saturday, Canada was expected to send over a mining excavation system made up of machines, tools and various rescue technologies.

The statement says the equipment was provided by Machines Roger International, a mining company based in Val-d'Or, Que.

Anand thanked the Royal Canadian Air Force personnel involved in the mission who arrived in the Dominican Republic on Sunday.