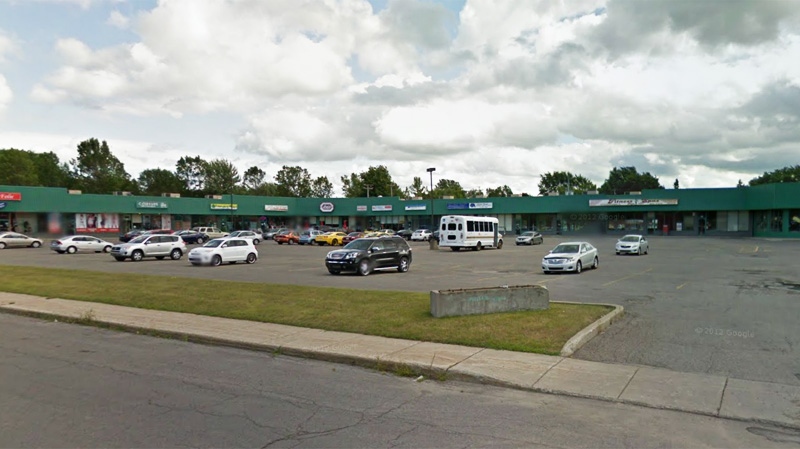 MONTREAL–-Over 100 firefighters responded to fires at a bowling alley and commercial strip mall in Chateauguay on Friday.

Just after 1:20 a.m. the first fire broke out in three units of a strip mall located at 100 Kepler St. The blaze is considered suspicious as firefighters believe the flames started after bags of paper were propped against the building and set ablaze.

While the flames spread to the shopping centre, most of the damage was limited to the three units. Nobody was hurt in the fire.

Over 45 firefighters from Chateauguay and three neighbouring fire departments responded to the fire.

A second fire began with a bang just after noon as propane tanks exploded on the roof of the Maple Shopping Centre and Quillorama bowling alley on Maple Blvd. Roofers were working on the bowling alley when the incident started.

Over 140 firefighters were called to the general alarm fire, responding from 16 municipalities. Despite a quick response, half of the shopping centre was destroyed as strong winds pushed the winds along the structure.