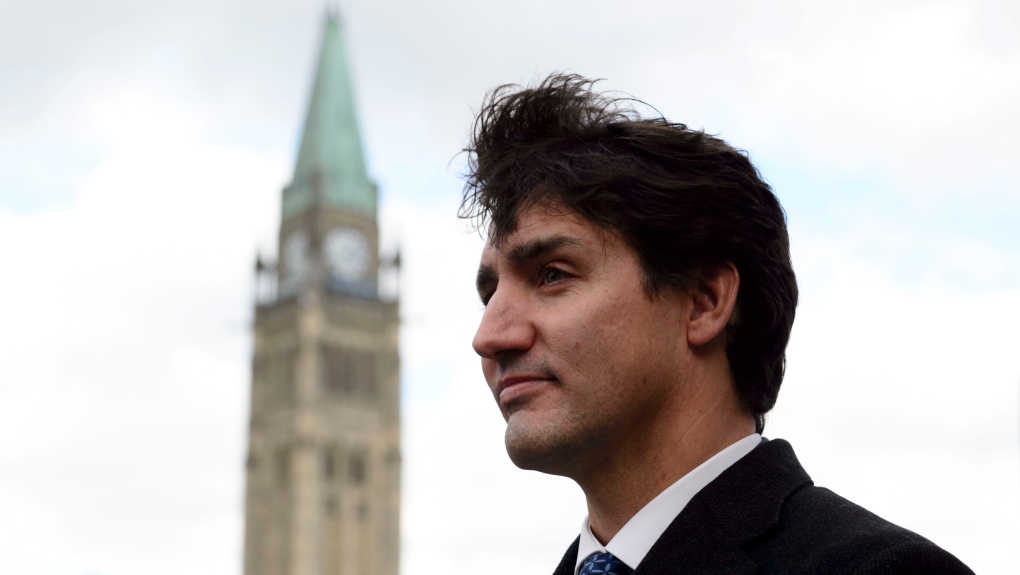 Prime Minister Justin Trudeau makes his way to a press conference at the National Press Theatre in Ottawa on Wednesday Oct. 23, 2019. (THE CANADIAN PRESS/Sean Kilpatrick)

The European Union and Germany say they appreciate the "continuity" in Canadian climate change policy that will result from the federal election result.

The Liberals won a minority mandate in Monday's vote after a campaign that Prime Minister Justin Trudeau framed as a fight over protecting the planet from the existential threat of climate change.

Trudeau portrayed his Conservative opponent Andrew Scheer as a climate change laggard, a charge Scheer answered as amounting to hypocrisy because the Liberals still hadn't met their greenhouse-gas reduction targets.

Diplomats from the EU and Germany were careful not to wade into the partisan fight that unfolded on the Canadian campaign trail.

"The outcome of the Canadian elections gives us the continuity of the work we've done, and we see that that work will continue. So therefore, the keyword for us is continuity," Peteris Ustubs, the EU envoy to Canada, said in an interview.

Ustubs said incoming European Commission chief Ursula von der Leyen has highlighted the new "European green deal" as a top priority when she takes over her post later this fall from Jean-Claude Juncker.

Climate policy "will be one of the key points where we will have dialogue and discussions with Canada," said Ustubs.

"You will see strong initiatives in the first 100 days, specifically linked with the agenda of climate change."

German Ambassador Sabine Sparwasser said her country has worked closely with Canada on climate protection and looks forward to that continuing.

"We work together particularly closely and very energetically when it comes to climate protection, when it comes to multilateralism. We do want to continue that very close co-operation with the new government."

Sparwasser said Germans watched the Canadian election with interest, but she declined all comment on the divisive debate that unfolded on the campaign trial.

The federal election saw the three federal parties that campaigned on cutting Canada's emissions win a clear majority of votes. The Liberals, NDP and Greens pledged to cut Canada's emissions in line with what international scientists have been calling for to ward off the irreversible and catastrophic effect of climate change. Ultimately, that will mean transforming Canada's energy use and its economy to make the country carbon-neutral by 2050.

Scheer's Conservatives pledged to get rid of the carbon tax, promising to axe it as the first order of business if they were elected. The party also promised to halt the implementation of tougher standards on fuel, and repeal legislation that overhauled the environmental assessment process for big national projects, such as pipelines.

Ustubs said the EU is looking forward to working with Canada on a partnership to protect oceans and curbing plastic pollution. Canada and the EU will be holding a joint workshop on clean technology development in Montreal in the coming weeks.

Trudeau turned his attention to the international stage as he answered a series of telephone calls with international leaders late last week. The callers included Benjamin Netanyahu and Scott Morrison, the prime ministers of Israel and Australia, and Colombian President Ivan Duque.

This report by The Canadian Press was first published Oct. 27, 2019.