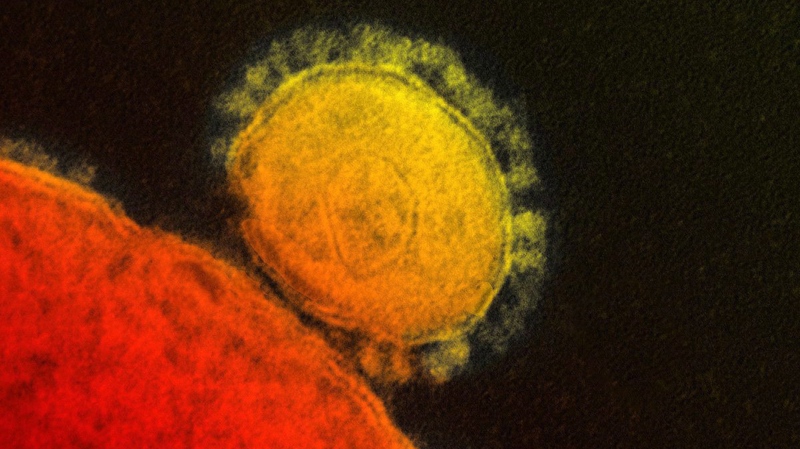 A colorized transmission of the MERS coronavirus that emerged in 2012 is shown. (HO /THE CANADIAN PRESS)

MONTREAL -- Three major airports in Canada and another three in the U-S are taking precautionary measures involving travellers from Wuhan in central China, where a viral pneumonia outbreak has killed two people and sickened dozens more.

The Public Health Agency of Canada says additional measures will include messaging on arrivals screens at the Toronto, Montreal and Vancouver international airports, as well as an additional health screening question added to electronic kiosks.

Officials with the U-S Centers for Disease Control and Prevention say they will begin taking temperatures and asking about symptoms of passengers at New York City's Kennedy airport and the Los Angeles and San Francisco airports.

The news comes as four more cases of the coronavirus were identified in Wuhan, bringing the total to 45.