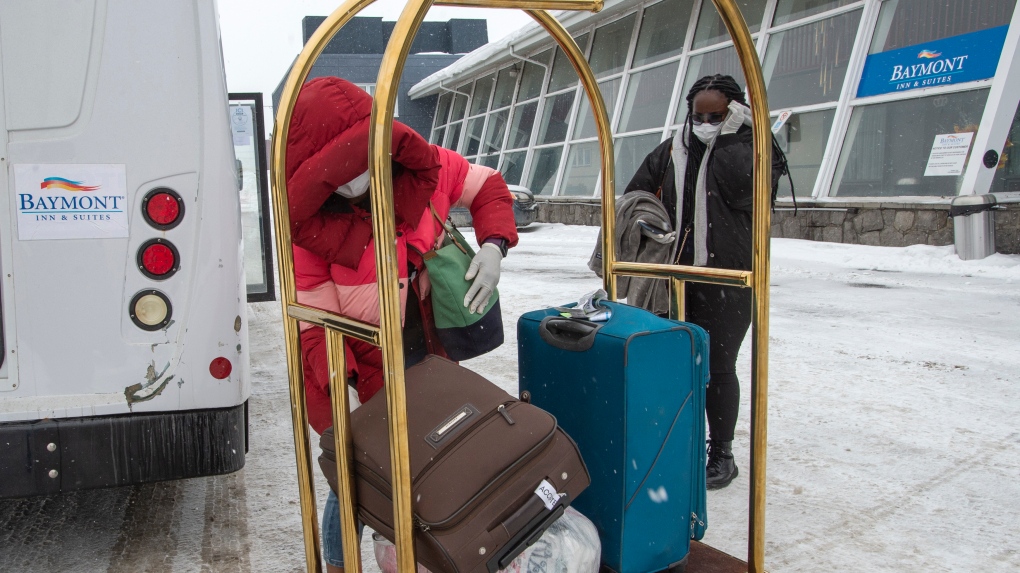 International air travellers arrive at one of the quarantine hotels Monday, February 22, 2021 in Montreal. Beginning today all travellers arriving from abroad will have a mandatory three day quarantine in a designated hotel. THE CANADIAN PRESS/Ryan Remiorz

MONTREAL -- Those frustrated waiting on hold with the Government of Canada's mandatory hotel stopover line, can call hotels directly to book their stay for the mandated three-day quarantine period.

CTV News called three Montreal hotels listed on the government of Canada's site, and staff answered the phone immediately and were ready to take booking information. Operators on the other end of the call quoted a price in addition to services provided and sanitary protocols.

The price at all three was well below $2,000 for the three nights.

One hotel provided information on what to do once at the airport noting to take a taxi that would be reimburesed and that sanitary protection material would be provided including sanitizer upon arrival.

After being on hold for over 10 minutes without speaking to a live operator, CTV News ended the call.