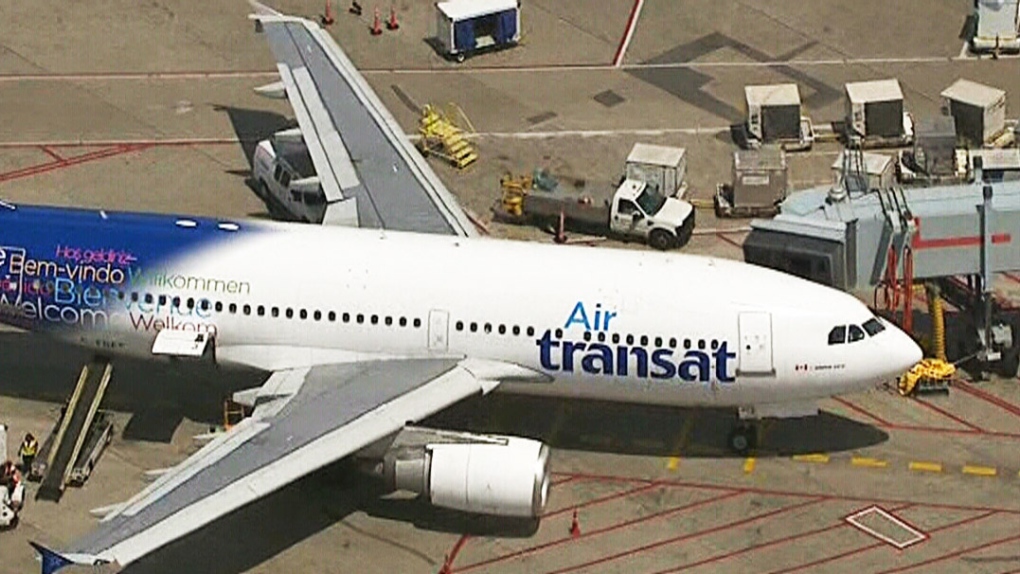 TORONTO -- Transat AT has extended the timing of its acquisition by Air Canada after European regulators launched an in-depth investigation into the deal over concerns it may reduce competition and result in higher prices.

The Montreal-based tour company that owns Air Transat said it informed Air Canada of its decision to delay the transaction date by one month until July 27 following the European Commission's extension to conduct a Phase 2 review.

"This extension is part of the EC's normal process of assessing the impact of transactions submitted for its approval, which is currently complicated by the COVID-19 pandemic and the impact it is having on the international commercial aviation market," Transat said in a news release.

The company added that it is studying the commission's decision in order to prepare the next steps in the process.

The acquisition agreement allows the deadline to be extended by three one-month periods by notification from either side and three additional periods under certain conditions.

Air Canada spokesman Peter Fitzpatrick said that the commission's announcement is part of the normal, ongoing regulatory review process "and we have to await the outcome of this process before we will be in a position to comment."

A preliminary European Commission investigation said it is worried the proposed deal could significantly reduce competition on 33 origin and destination city pairs between Europe and Canada.

These include 29 where both companies offer direct services and four where one company flies direct and the other one indirect via one of its hubs.

The Commission said in a news release on Monday that it was giving itself until Sept. 30 to decide on this matter.

"This is a challenging time, especially in markets severely impacted by the coronavirus outbreak, but a return to normal and healthy market conditions must be based on markets that remain competitive," stated executive vice-president Margrethe Vestager, responsible for competition policy.

The commission said even if WestJet expanded its transatlantic operations to Europe, it is unlikely that it would be enough.

Air Canada's deal to buy Transat for $720 million has been agreed to by shareholders, but still requires regulatory approval in Canada and the European Union.

Transport Canada said it submitted its public interest assessment of Air Canada's proposed purchase of Transat to Minister Marc Garneau by the May 2 deadline.

"The outcome will be made public once a final decision has been made by the Governor in Council (Cabinet)," said spokesman Alexandre Desjardins.

The Canadian Competition Bureau warned in March -- based on information collected prior to the COVID-19 pandemic -- that eliminating the rivalry between the two Montreal-based carriers would discourage competition by prompting higher prices and fewer services, ultimately resulting in less travel by Canadians on a range of competing routes.

The takeover would give Air Canada control of more than 60 per cent of transatlantic air travel from Canada and 45 per cent of passenger capacity to sun destinations, according to the federal agency's report.

Desjardins Securities analyst Benoit Poirier said at the time that he believes the purchase will still be approved "considering the companies' willingness to address the bureau's competition concerns," such as potential dominance of airport slots.

Transat's shares lost 54 cents or 7.2 per cent at $6.99 in afternoon trading on the Toronto Stock Exchange

This report by the Canadian Press was first published May 25, 2020.