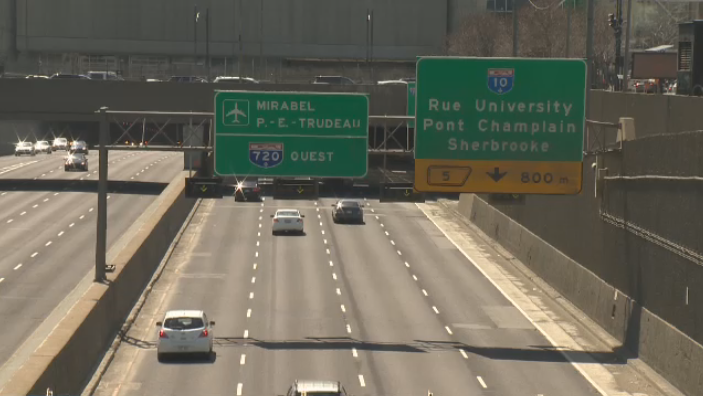 For the next three months, two of five lanes heading west on the Ville Marie, from Panet until the exit for the Bonaventure Expressway and University St., will be closed.

MONTREAL -- The Quebec Ministry of Transport is advising road users that work will begin on the elevated portion of the Ville-Marie Expressway (R-136) between the tunnel and Greene Ave. on Monday.

The work is meant to repair and reinforce box girders and construct new piers on the road.

The work is scheduled to continue until spring 2022.

"The planned work will essentially require partial or complete night and weekend closures on the Ville-Marie Expressway (R-136) and its ramps," reads a release from the MTQ.

The ministry will announce other major closures at a later date, and updates on short-term closures will be posted on Quebec 511.

"It should be noted that some of the interventions could result in increased noise levels," the release reads. "Mitigation measures are planned to reduce the noise impact of the work for nearby residents."

All work may be postponed due to weather.