It's a busy time for Montreal's cycling enthusiasts, thousands of whom kicked off the annual "Go vélo" (Go Biking) festival with a 22 km ride through the city on Friday night.

It's the first Tour la Nuit since the COVID-19 pandemic halted operations two years ago.

The event, which falls on World Bicycle Day, began at 8 p.m., with two entry points at Parc Lafontaine and Parc Maisonneuve.

Event organizers recommend drivers use the navigation app Waze to plan their routes ahead of time. 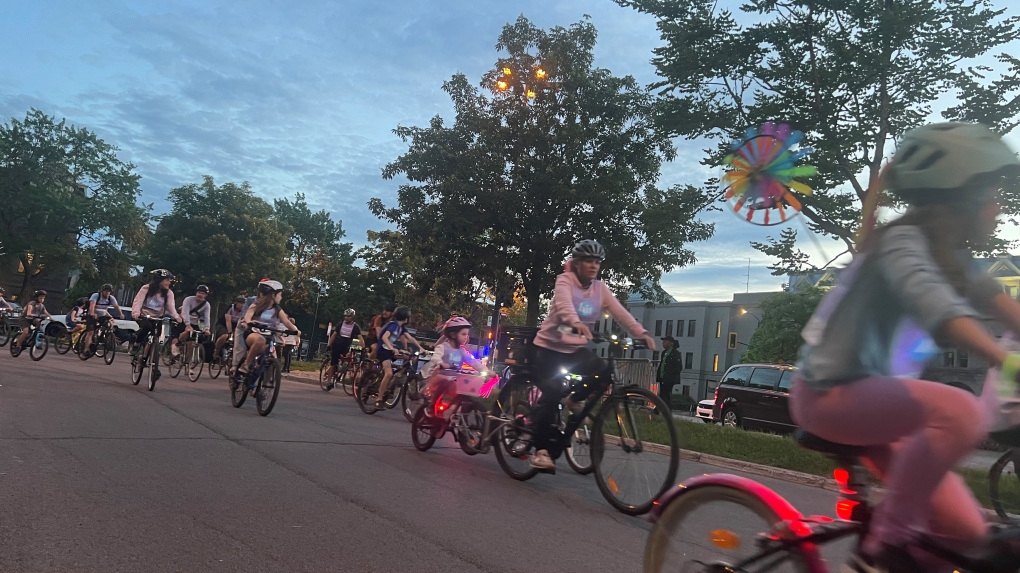 On Sunday, cyclists will also gear up for the Tour de L'Ile at 9:30 a.m., a 36 km-circuit spanning many neighbourhoods, including N.D.G., Outremont, the Plateau, the Southwest, downtown and Verdun.

Organizers say 15,000 cyclists are expected to turn up to the event. 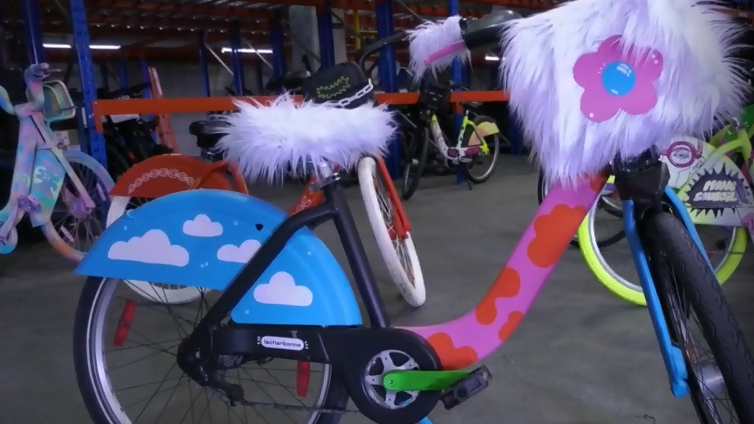 Montreal artist La Charbonne was among those invited to use Bixi bikes as a canvas, in celebration of 50 million rides bike rides within the service. (Christine Long)

Artists, accustomed to painting large murals, were challenged to work on a much smaller scale, bringing the surfaces of Bixi bikes to life.

Although 50 of the unique Bixis will be for public use, the artists were also provided with bikes to be displayed during Montreal's Mural Festival, which begins next week.