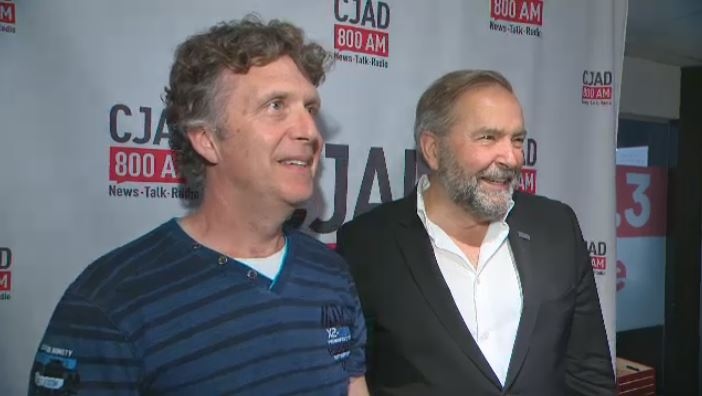 Former NDP leader Tom Mulcair will sit in with Andrew Carter (left) on the morning show, and Aaron Rand in the afternoon twice weekly to give some political context to CJAD listeners. (CTV Montreal)

Starting August 28th, he'll be the station's new political analyst - on the opposite side of the spectrum from where he once stood.

"Once you've been analyzed and looked at and commented on by other people, it gives you a sense of fair play as well," Mulcair told CTV Montreal Tuesday.

"I hope to be able to bring a sense of fair play and use my experience to share with people some observations about how things are happening in politics in Montreal, in Quebec City, and in Ottawa," he added.

After Labour Day, he'll be on twice weekly with CTV News Channel.