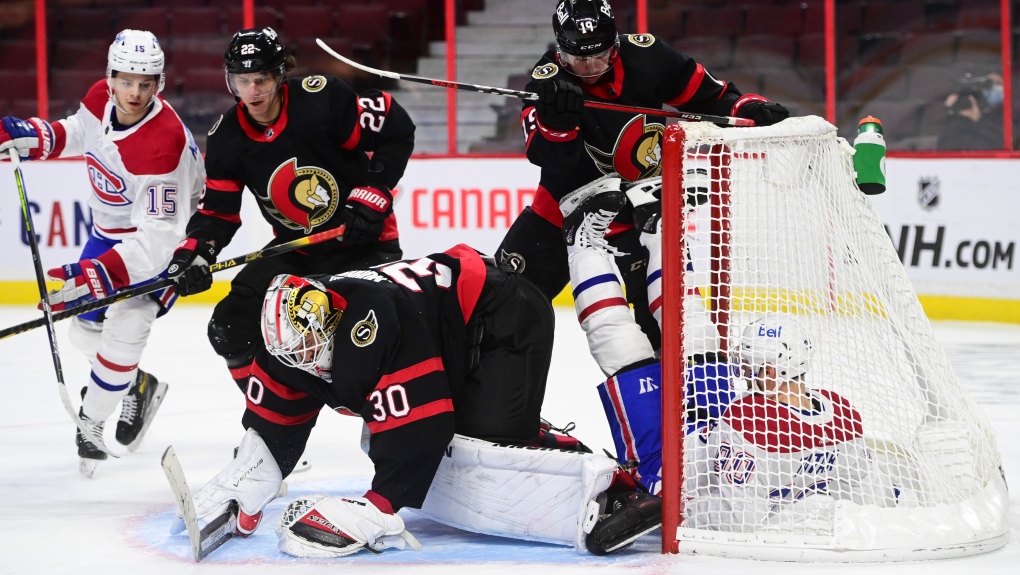 MONTREAL -- Josh Norris scored the shootout winner to give the Ottawa Senators a 5-4 victory over the Montreal Canadiens on Tuesday night at Canadian Tire Centre.

It capped a wild and entertaining game between the two rivals.

Both teams had excellent chances in the overtime session. Stutzle had two glorious opportunities but couldn't convert and Montreal's Tyler Toffoli was stoned on a breakaway with about a minute to go.

It looked like Montreal's Brendan Gallagher had scored the winner with 2.1 seconds left in regulation but the goal was waved off after a review due to goaltender interference.