Three unions are accusing the government of wanting to avoid paying 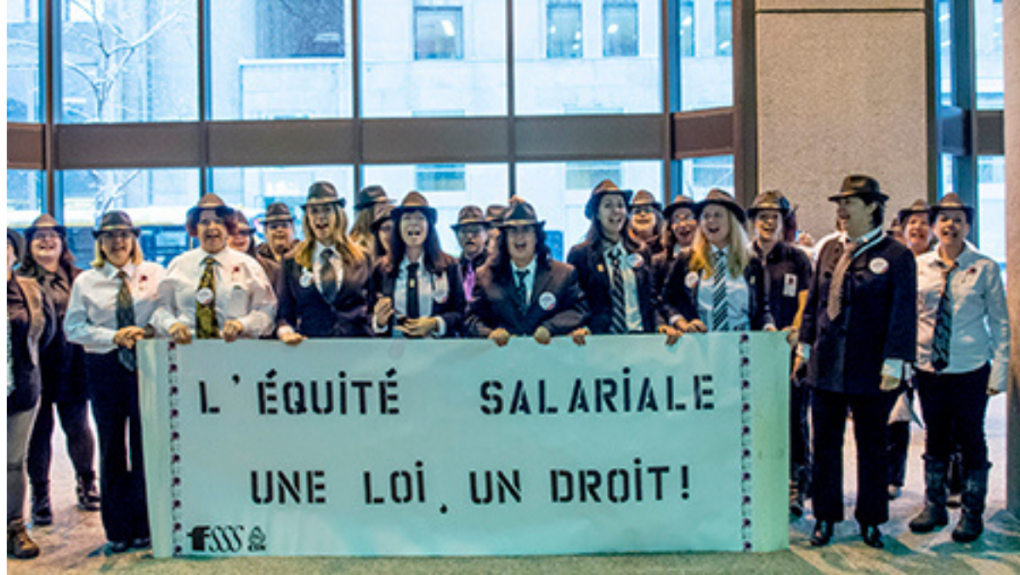 The FSSS-CSN along with the SCFP-FTQ and SQEES-FTQ unions are denouncing the government of Quebec for not living up to promises regarding pay equity dating back to 2013. SOURCE: FSSS-CSN

MONTREAL -- Three unions are united in denouncing the government of Quebec, which, according to them, is trying to avoid retroactively adjusting the salaries of administrative assistants in the university network under pay equity.

The Federation of Health and Social Services (FSSS-CSN), the Canadian Union of Public Employees (SCFP-FTQ) and the Quebec Union of Employees and Service Employees (SQEES-FTQ) accuse the government of not respecting an arbitration decision from November, in which the unions won their case on the assessment of the value of the work of their employees.

According to the unions, by virtue of this decision, the university health and social services teaching assistants were moved from 10 to 11 on the salary scale ranking. In addition, this salary adjustment should be paid retroactively from Jan. 1, 2011 to 2019.

The file dates back to 2008 when the unions filed a pay equity complaint.

The parties reached an agreement in 2013, but disagreements remained over the valuation of the job. As the unions and the employers' party had not come to an agreement, an arbitrator had to intervene.

But following a recent meeting with the government, the unions accuse the government of "looking for odious ways" not to respect the 2013 agreement and the arbitrator's decision.

"The treasury board must apply the adjustments as in pay equity and that is not what it is doing. Once again, it is violating the rights of these women in pay equity," said Melanie Gougeon, job evaluation advisor at CUPE-FTQ.

According to Josee Marcotte, vice-president of the FSSS-CSN, it is "odious" that the treasury board is not compensating these women "who have been waiting for too many years for a fair salary.

"Worse still, it is saying that from 2011 to 2019, that some of them would have even received too much money. It's pretty crazy."

Marcotte indicated that the unions were in the process of evaluating their recourse in the event that the treasury board refused to budge.

"Our litigation is to analyze all the remedies available to us. We will spare no effort to continue this battle and recover the amounts that are owed to these women," she said.

Office of the President of the Treasury Board Sonia LeBel declined to comment on the subject when contacted by The Canadian Press.