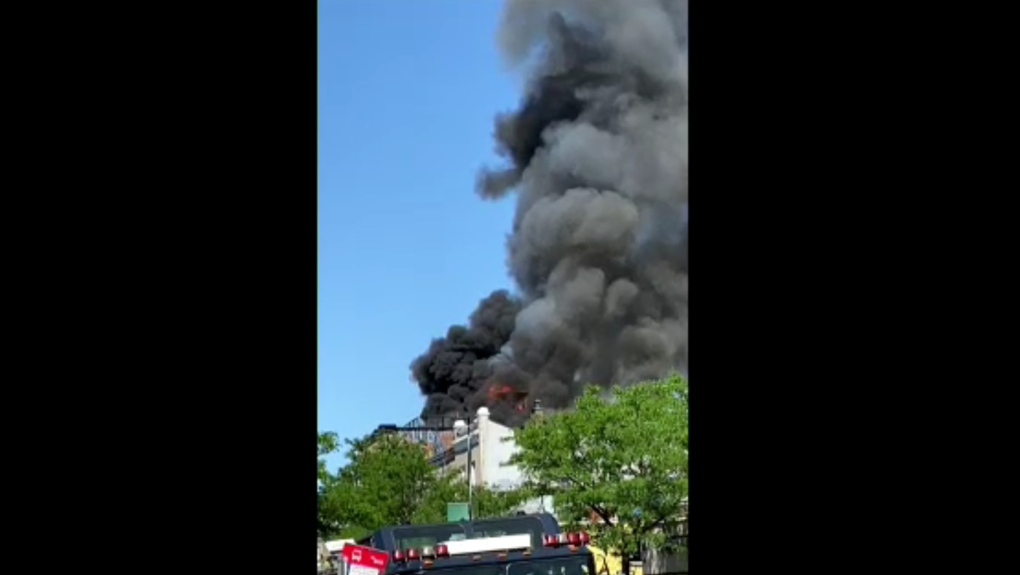 A three alarm fire is burning on Mont-Royal Ave. East and Mentana.

MONTREAL -- Montreal firefighters were called to the scene of a three-alarm fire in the Plateau borough on Wednesday afternoon.

According to the Montreal fire department's Twitter account, the fire was located at the intersection of Mont-Royal Ave. East and Mentana. The fire was upgraded to a three-alarm blaze at 3:15 p.m. and a fire department spokesperson said 45 firefighters were on the scene.

A spokesperson for the Montreal fire department said the fire began at around 3 p.m. on the top story of a building that has a business in the first floor and residences on the second and third floors. The cause of the fire is not yet know.

No inhabitants were injured in the fire but one firefighter was treated on the scene for minor injuries.