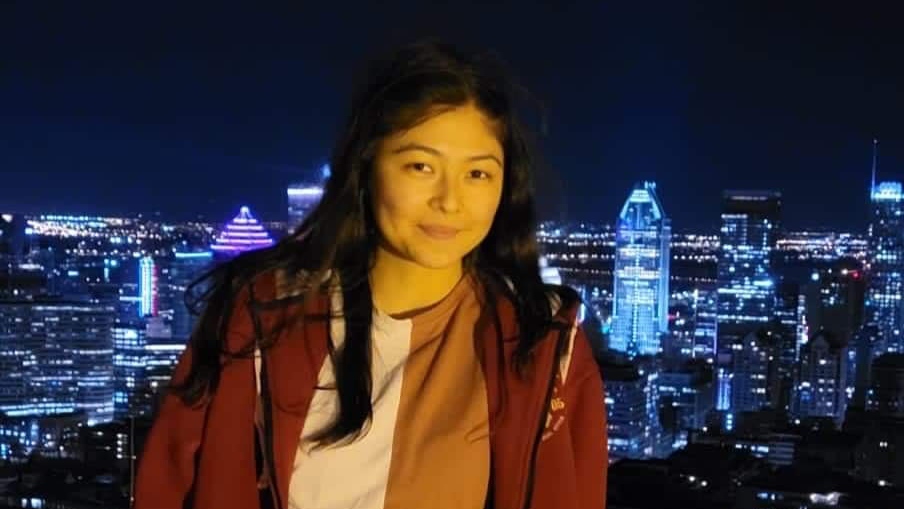 Arzou Lashkari, 19, now studies at Concordia University in Montreal after fleeing from the Taliban rule in Afghanistan. (Source: Arzou Lashkari)

Last year, Arzou Lashkari was ready to fly to Canada and start a new chapter of life at Concordia University. But her dream was crushed when the Taliban took control of her country, forcing her to stay home.

Before heading to Montreal to study political science and economics, the 19-year-old planned to spend only a few weeks back home in Afghanistan. She was visiting family after graduating high school in Hyderabad, India.

But her visit coincided with the Taliban’s takeover on Aug. 15. She had to spend months living under its rule in the capital Kabul – with her education at stake.

Lashkari says she will never forget the day her country turned into an "Islamic emirate" right in front of her eyes.

"At first, I thought 'No, no, this is a joke,' but then everyone was in a state of panic and was desperate to leave," she said. "Everyone was rushing to the airport: man or woman, young or old. Everybody."

When Kabul fell to the Taliban on Aug. 15, there was no way to escape as all international flights were cancelled. For Lashkari, this meant she would have to give up her Canadian dream.

She recalls hearing explosions at the Kabul airport, where some Afghans even tried to hang onto a U.S. Air Force plane during take-off to flee the country.

Lashkari said she was afraid to leave the house as a young woman in a country that was "simply unrecognizable," compared to its democratic era under ex-President Ashraf Ghani.

"I didn't want my many years of education to go to waste," she added. "They even said if a girl is over 15 or a widow, she should get married to one of the Taliban members."

Afghan women can no longer travel long distances without a male guardian and are forced to cover their whole body with a chadori, a head-to-toe burqa, according to a decree from the Taliban authorities. 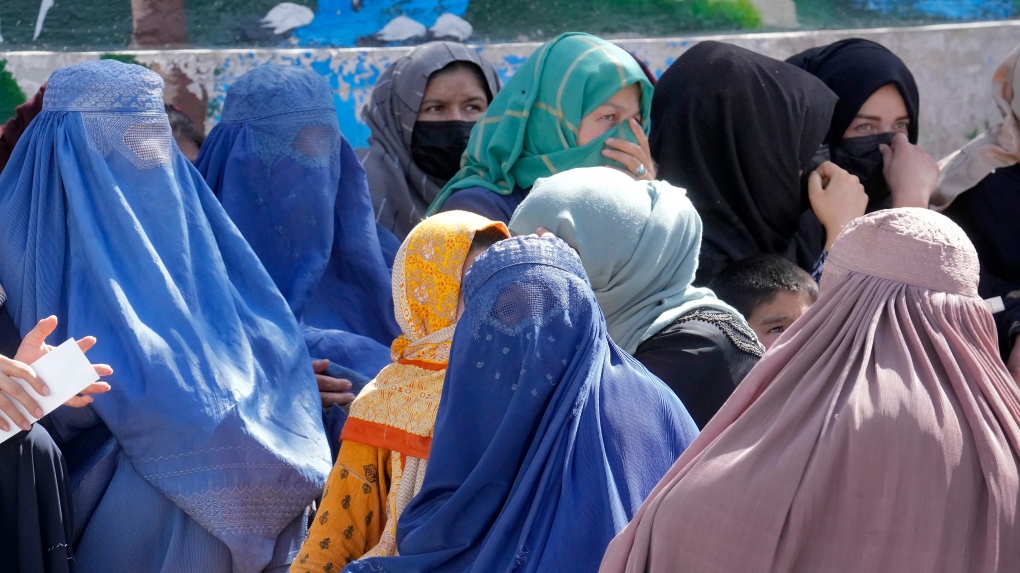 All women are also banned from secondary education.

It was only in October that Lashkari fled to Pakistan on a rare flight that cost her thousands. From there, she applied for a Canadian student visa, which took another four months to get approved.

"I had to miss out on an entire academic year, both fall and winter, but I was not going to give up," she said.

A NEW LIFE IN CANADA

When Lashkari finally reached Montreal in April, she felt a sense of security and freedom — and also culture shock.

It was a "really, really big" transition for the student. Her whole family still lives in Afghanistan, and she didn't know what to expect from the Western world.

She was amazed by the size of big-box stores, the French spoken in the streets, and the support she got from fellow students as soon as she arrived.

However, the biggest surprise was about her safety.

"What I love about Canada is that I can stay outside late at night and not feel intimidated," she said.

Lashkari arrived just in time for the summer term at Concordia and has already finished four courses towards her double major.

"I am so glad I chose Concordia, they were really understanding the whole time," she said. "I was panicking because I was worried about losing my scholarship, but instead they were guiding me how to proceed with my education."

Lashkari is one of just four students to win the Aga Khan Academies – Concordia University scholarship for top academic performance in high school.

"The university was happy when I told them I got my visa," she added.

Now Lashkari hopes to enjoy student life in Montreal this fall and says she looks forward to her first Canadian winter.

But she believes this is only the beginning of her journey.

"My future plan would be to get into Harvard Law School. Then, as an Afghan, I truly hope to return home one day and make a positive contribution to my country."

One of the Liberals' two affordability-focused pieces of legislation passed the House of Commons on Thursday, with all-party support. It is now off to the Senate for further consideration.

Canadians driving more, but 74 per cent don't know they should update their insurance provider: survey

A new survey has found many Canadians are driving more with the return to offices and workplaces, but most don’t know they should be reporting this change to their insurance companies, which experts say could cause issues down the line.

The Toronto Blue Jays have the largest increase in average attendance at Major League Baseball games this year, when compared to pre-pandemic numbers, a statistic fans hope will help the team's playoff push on Friday when they take on the Seattle Mariners in a wildcard series.

McGill University says it is investigating one of its instructors who allegedly called for the death of people participating in anti-government protests in the streets of Iran in recent weeks.

Myles Sanderson was responsible for all 11 deaths during the mass stabbing in Saskatchewan last month, according to RCMP.

An Ontario woman who was sexually assaulted by Hedley frontman Jacob Hoggard in a Toronto hotel room nearly six years ago says her life was 'shattered beyond recognition' as a result of the incident.

Which sponsors have pulled support for Hockey Canada?

Pressure appears to be mounting on Hockey Canada from both top corporate sponsors and political leaders, with Prime Minister Justin Trudeau suggesting that if the national hockey governing body continues to resist calls for change, the organization could be replaced. Several corporate sponsors have confirmed pulling their support. Here's what they have said about their decisions.

Bank of Canada governor Tiff Macklem says more interest rate hikes are necessary to bring inflation down, despite some early signs of a slowing economy.