'They're kids, too': Mother of 16-year-old stabbing victim says she forgives attackers but wants change

'They're kids, too': Mother of 16-year-old stabbing victim says she forgives attackers but wants change

What led to a 16-year-old’s fatal stabbing at a school in Montreal’s West Island this week still isn’t clear—at least in terms of what kind of conflict sparked a fight Tuesday among several boys.

However, what is clear is that at least one of those teenagers was carrying a knife and that is what cost Lucas Gaudet his life, his mother said.

“Why are kids walking around with knives and guns in their possessions? When we were growing up, it wasn’t like that,” Lynne Baudouy told CTV News.

“You know, we didn't have to worry about, if we did get into a fight, that we're going to get stabbed or shot.”

Lucas, who died Thursday after his brain was deprived of oxygen during the stabbing two days earlier, was “a gift” and “the best child any parent could have ever asked for,” said Baudouy.

What she fears now is that “his death is for nothing,” she said.

“I hope there’s going to be a movement that starts with Lucas’s death, and I hope the community realizes that something needs to change,” she said, fighting back tears.

Three boys, ages 16 and 17, were arrested in the stabbing, with one already charged.

Baudouy said that her son was simply “in the wrong place, at the wrong time,” and that she doesn’t want to get into further details while the police investigation is ongoing.

However, she said she doesn’t blame the other boys, either—even though she’s in her own “worst nightmare,” she’s sparing a thought for them, too.

“My heart goes out to the other family, to the boys that did this because I mean, they’re kids, too,” Baudouy said.

“They made a bad choice, a bad mistake. A bad decision doesn't mean that they're bad kids,” she said.

“I want them to know that I forgive them—that, you know, Lucas's life is over now, it's finished. But their lives still go on and they still are going to need a lot of help.”

“Forgiveness is the only way that we're going to get through this,” she said. 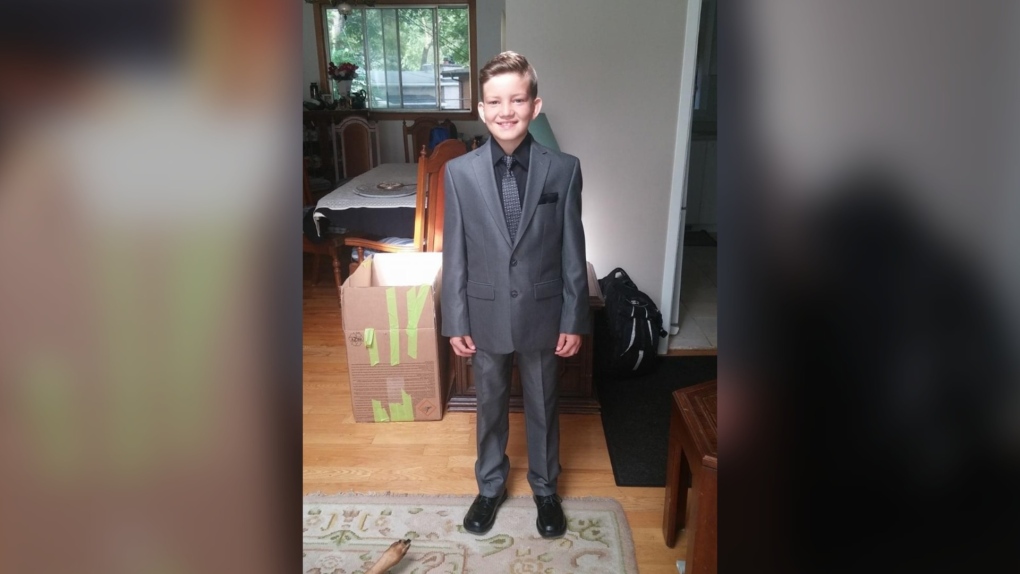 Gaudet's former classmates say he was well-liked, kind-hearted and and welcoming to all.

According to his classmates, Gaudet was well-liked, kind-hearted and and welcoming to all. (Submitted)

But a former vice-principal at John Rennie said these schools don’t have a particular record of violence, and that John Rennie was “one of the safest schools I’ve ever worked in.”

“There have always been fights in high school. The problem is what the kids are bringing to the fights nowadays,” said Joyce, who retired from John Rennie in January 2021.

Lucas, whom she knew for a year and a half, was “sweet and respectful,” she said, “polite” and “well brought up.”

She was grieving his death Friday, along with countless teachers, students, neighbours and family friends in the area.

In her time working in Pointe-Claire, it wasn’t common for kids to fight on school property, but they would sometimes take that kind of “acting out” to parks or to the mall.

Like Lucas’s mother, however, she decried the idea that such young students would be walking around with deadly weapons—and their parents may be surprised about who is carrying them, considering that, in her judgement, many don’t intend to use them to attack but to defend themselves.

“I did take away a few knives over the years, but not a lot,” she said.

“But I would encourage parents to check their kids’ backpacks. Kids sometimes carry them for ‘protection’... not realizing their best protection is to tell an adult if they are having a problem with peers.”

To students, she gave the same advice for 20 years, she said: “the advice of martial arts masters, who always say the first [defence] is to get out of any situation that could potentially be violent. Run in the opposite direction,” she would tell them.

Lucas’s former hockey coach also said he’s not only mourning a player he remembered as “always smiles,” but thinking deeply about the bigger problems.

“An excellent teammate, hard-working kid. Just a really, really good kid to have on a team and have around you,” he described his former player.

Michaud was thinking a lot of Gaudet’s parents, who were supportive and ensured he never missed a practice.

“I know it’s going to be very difficult for them to move on,” he said. “Nobody deserves to have to go through this in life.”

But he was also wondering what kind of support, guidance or heart-to-hearts kids are lacking that would stop them from creating such tragedies.

“I think that’s something that society’s missing,” he said.

Out of three homicides so far in 2022 in Montreal, two of the victims have been minors—17 years old.

Last fall, there were several other attacks and homicides involving very young Montrealers, including the fatal stabbing of Jannai Dopwell-Bailey, who also encountered several boys outside his school in late October, at least one of who had a knife.

That’s in addition to many other instances of shootings, fights and stabbings, some fatal, involving very young adults in their late teens and early 20s in the Montreal area.

Lucas’s heart stopped for 20 minutes immediately after his attack, said his mother, and the lack of oxygen to his brain was what ultimately killed him. While surgery to repair the damage from the stab wounds went well, his brain showed no activity.

She said that his three siblings miss him “dearly” and his father “doesn’t have the strength” right now for much beyond mourning, but the outpouring of support from people in the community has been “incredible.”

“You know, he's touched so many people's lives… I'm at a loss for words,” she said.

She hopes people together will come to a turning point, she said.

“I don't want another parent having to lose their child at 16 years old or 15 or 17 or whatever the age,” she said.