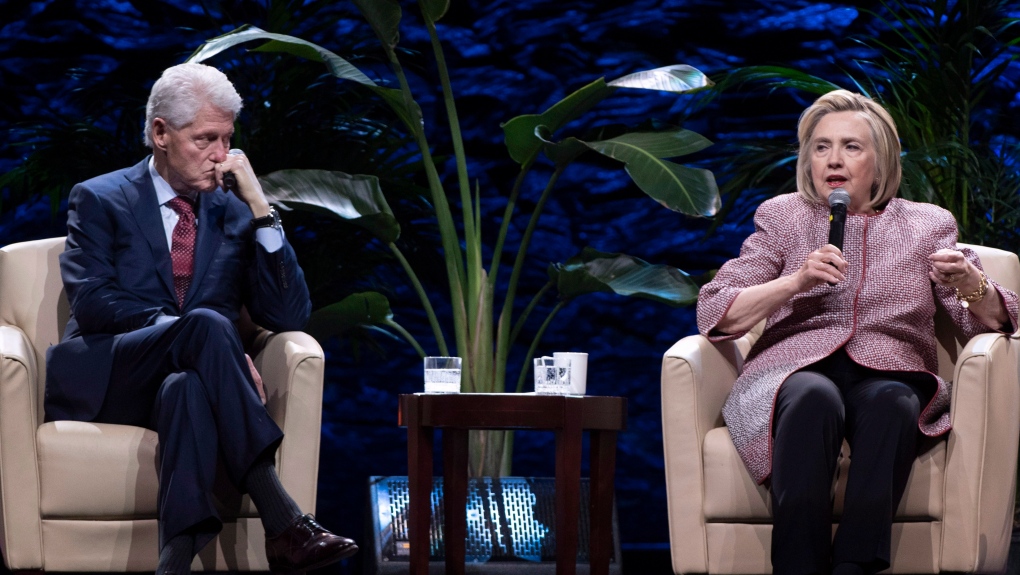 President Bill Clinton listens to his wife, former Secretary of State Hillary Rodham Clinton during a conference in Montreal on Wednesday, November 28, 2018. THE CANADIAN PRESS/Paul Chiasson

MONTREAL -- Fully vaccinated tourists are now welcome back in Quebec, which can only mean one thing: the Clintons have come to visit.