'They don't give a damn about us': Quebecers with disabilities say they can't get a basic COVID-19 service 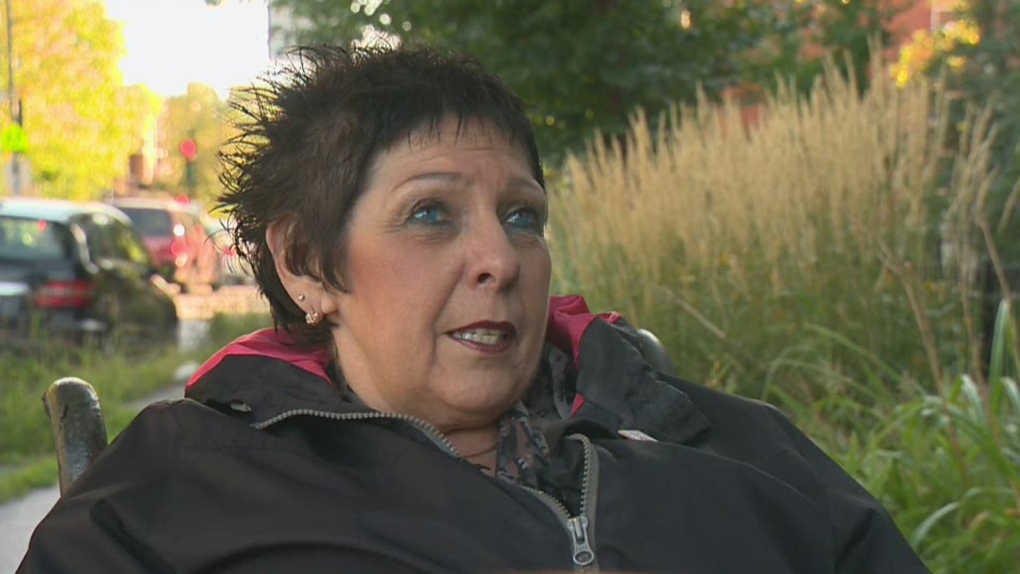 MONTREAL -- Quebec public health authorities are facing a troubling accusation—that they haven't made it possible for a huge number of citizens to get the most basic COVID-19 care, a test.

The province's critics are also furious that it hasn't answered for itself, despite repeated requests, since March.

The questions began when COVID-19 first arrived, and when people like Linda Gauthier asked how to get tested.

Gauthier’s husband works at a Montreal pharmacy, and she thought in late March that she may have the virus—an alarming idea since she has emphysema. She called a health line and was told to go to a clinic and wait on the sidewalk for a test.

“I said ‘Well, I’ve got a problem there, because I’m in a wheelchair,’” said Gauthier.

It was still winter, and most patients had an option she didn’t: “People wait in their car,” she said.

But “paratransit won’t wait for me,” she said—it would just drop her off.

She asked her local CLSC if they could send a nurse to her home and “they told me no, they don’t do that,” she recalled.

In the end, she simply didn’t get the test, putting her among what she says are many Quebecers with disabilities who have foregone COVID-19 tests, risking their health, because the tests are impossible to get to.

For many, the province's response has only added insult to injury: it claimed that it does, in fact, offer publicly funded, door-to-door COVID-19 testing in special cases.

But several groups that represent Quebecers with disabilities say they’ve never heard of a single person who’s succeeded in getting one of these mysterious tests.

The organization that Gauthier heads, for example, called RAPLIQ, surveyed its 450 members later in the pandemic and weren’t able to come up with a single example of someone getting a test at home, though people had tried.

Virginie Archambault of Montreal-based Moelle Épinière et Motricité Quebec, which represents people with spinal cord injuries and reduced motor skills, said no one at her organization had “heard anything about” public at-home COVID-19 tests.

And the director of the organization CAPVISH, in Quebec City, said that “unfortunately, we do not have any of our members who have been able to take this type of test at home.”

Various people have raised the problem, including the governmental department representing people with disabilities, but little has changed.

‘THEY FEAR AN OVERFLOW’

People with spare cash can get a COVID-19 test in the comfort of their living rooms. At least two Montreal-area companies do house calls at roughly $300 a test.

But plenty of people who are immobile, elderly or simply sick have paid for these tests too, said the CEO of one company.

“Some people just are in bed, and it’s not necessarily COVID, but they cannot necessarily drive,” said Mario Tremblay, the CEO of a company called Medfuture, which is based in Mirabel but sends nurses over a wide area.

Medfuture and a similar company, Canada Home Doctors, both offer a range of blood tests and medical services on a door-to-door basis. Medfuture has done “many thousands” of tests during the pandemic, about 15 to 20 per cent of which were at homes, Tremblay said.

There are about 643,640 Quebecers with a disability that require some kind of technical aid like a walker or a hearing aid, according to the government Office of Handicapped People of Quebec, using 2017 numbers.

Of those, 531,280 people need someone’s help to get through some of their daily tasks.

The director of CAPVISH said these numbers are why the government hasn’t been publicizing the same service as the private companies.

“In the [Quebec City] region alone we are talking about more than 66,000 people with disabilities,” he said, “so imagine if all these people would like to have home screening.”

THE MYSTERY OF THE MISSING TESTS

Salgado said that he knows the public option is offered on paper, but he believes the lack of detailed information is intentional.

“In effect, the authorities offer home screening but this information is poorly documented,” he said.

It was difficult to get a clear answer from health authorities on what’s really happening on the ground.

“It is still possible to take samples at home, and this possibility has always been offered,” said Marjorie Larouche, a spokesperson for Quebec’s health ministry.

When asked for more details, she said it is “the responsibility of the local service organizations” and that various regional bodies, such as Montreal Public Health, could explain further.

One of the regional health boards in Montreal, the Centre-Sud CIUSSS, handles media requests for the entirety of Montreal Public Health. When asked if at-home tests had been happening in Montreal, spokesperson Eric Forest answered on behalf of the Centre-Sud region, saying it is “indeed an option.”

Health professionals in Centre-Sud can request an at-home screening on behalf of a patient, or “even sometimes” if a patient calls into 811 with the request, he said. He didn’t say whether this had been happening, or how often.

The CIUSSS of Central-West Montreal also offers the service, said a spokesperson there, but it has no records of how many people have taken advantage of it.

The health authority “has a team of [nurses] who will go to a home of an individual that has a file with us to test for COVID-19,” said spokesperson Carl Theriault.

That includes the elderly and people with reduced mobility, he said, if they have symptoms. The travelling nurses can also do tests in seniors’ homes and other group settings, as well as religious congregations.

Theriault said he only had a record of how many of the mobile tests had been done in two kinds of group settings, but no stats on private homes.

Disability advocates said they’re skeptical at this point that any tests have been done at all.

“As far as we know, home testing for COVID tests have not been executed in Quebec,” said Steven Laperriere, the manager of RAPLIQ.

“Some of our members asked for it and they were not able to get it—even in the worst peak of the pandemic, they were refused.”

That’s because, aside from questions of comfort, many people with reduced mobility and low income cannot get to a clinic at all if they have COVID-19 symptoms: some adapted transit won’t pick them up.

Quebec City’s paratransit service “refuses any person with symptoms of the virus,” Salgado said, a move the service announced May 12. (In Montreal, paratransit doesn’t refuse clients with symptoms, but it tells them to inform agents when they reserve transportation.)

Quebec’s government office that represents people with disabilities said it flagged the testing hurdles as a problem months ago.

Since Quebec’s health system is decentralized, the office believes the at-home option “is not systematically offered in all regions,” said Patrick Inthavanh, a spokesperson for the Office of Handicapped People of Quebec.

“From the start of the pandemic, the Office was concerned about the issue of screening people with disabilities, in particular with regard to the possibility for them to obtain screening at home,” he said.

They brought up the question with a steering committee of the health ministry, along with the issue of at-home home vaccinations.

Gauthier said different disabilities create different hurdles—some members of her group who are blind can’t easily make sure others are two metres from them in line, she said, while others face their own dangers and obstacles.

“I'm sick and fed up of all these things, you know?” she said. “That we’re not recognized as first-class citizens like everyone else.”