There is a rainfall warning for Greater Montreal 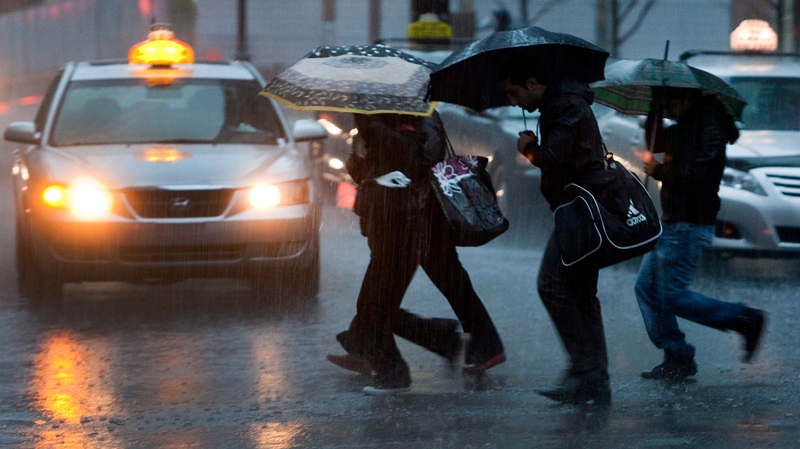 MONTREAL -- A rainfall warning has been issued for Greater Montreal.

“Rain, at times heavy, is expected,” Environment Canada said in a statement.

Nearly 50 millimetres of rain are expected to fall over Montreal and the Monteregie regions starting Wednesday evening.

The intense system could also bring strong winds through southern Quebec, up towards the Maritimes as it runs along the coast of the Atlantic Ocean.

The showers are expected to intensify greatly and could last until at least Thursday evening.

The conditions will be similar in Quebec City, with rain expected to start late Thursday night.

Rainfall warnings are issued when significant downpours are expected.