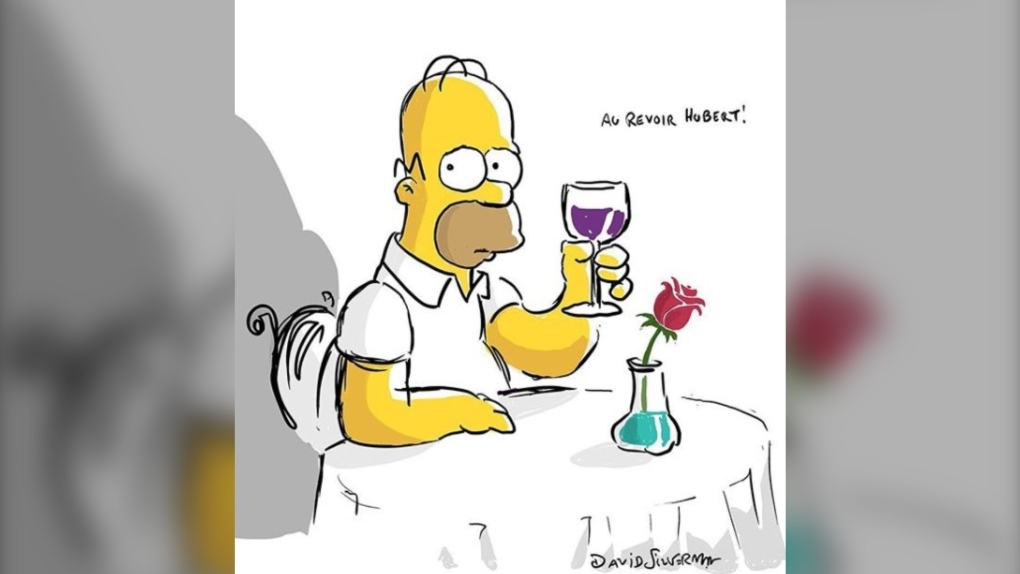 MONTREAL -- The Simpsons may be on hiatus at the moment, but that didn't stop the producers of the long-running animated series from paying tribute to Hubert Gagnon, the actor who for more than a quarter of a century provided the voice for Homer in the Quebec version of the show.

Hubert Gagnon, who voiced the role of the bumbling, gluttonous Simpsons patriarch for 27 years before stepping away from the role for health reasons in 2017, died of cancer on June 7. He was 73.

On Sunday, the show's Instagram account paid a two-panel tribute to Gagnon. "We lost our French-Canadian Homer of 27 years," reads the first panel. "Hubert Gagnon, we will miss you."

The second features a drawing of Homer, looking sad and drinking a glass of wine, by illustrator David Silverman, with the words  "Au revoir Hubert!"

Gagnon was a veteran stage and TV performer as well as an in-demand voice actor who dubbed the voices of A-list stars such as Robert De Niro and Richard Gere in Quebec versions of Hollywood films.