The right to work in French must be defended more than ever, says Quebec language minister 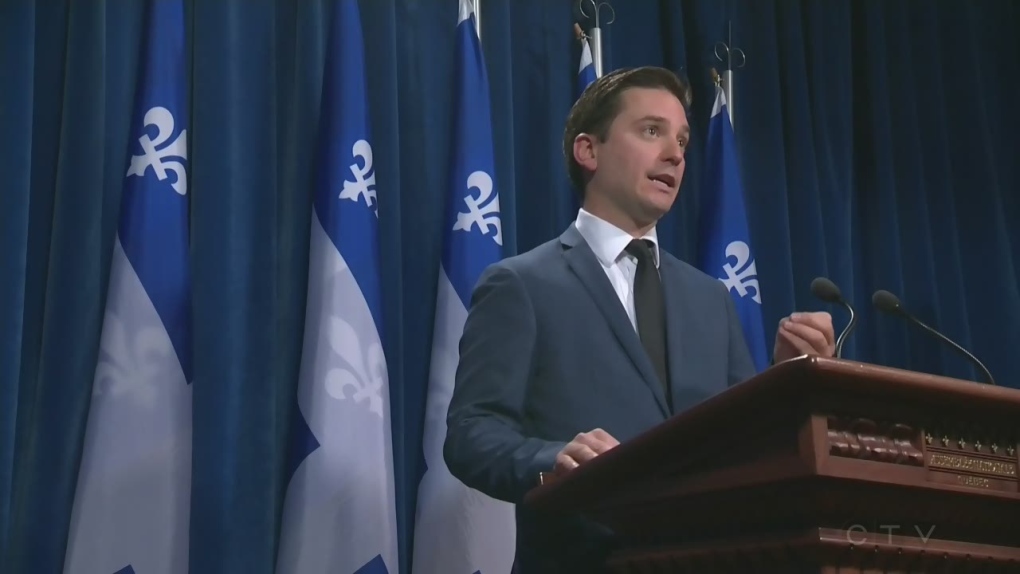 MONTREAL -- The right to work in French in Quebec must be defended "more than ever," said Minister Simon Jolin-Barrette on Friday.

The minister responsible for the Charter of the French Language made the commitment as he spoke to about 100 representatives of various unions interested in French-language issues.

Activists and representatives were reporting cases such as that of a francophone university that posts positions where knowledge of French is no longer required.

Another reported the case of a municipality, where, over the years, the union has had to file more than 200 grievances to challenge the bilingualism requirement for white-collar positions.

Jolin-Barrette reiterated to them his willingness to table a bill by mid-June to review Bill 101, reform that will be coupled with "a solid action plan."

Denis Bolduc, secretary general of the Québec Federation of Labour, said he hoped that the minister would really put his money where his mouth is and give the Office québécois de la langue française the necessary means so it can play its role properly.

- This report by The Canadian Press was first published March 19, 2021.