The real reason police arrive at mental health calls: 911 dispatchers are trained to send them 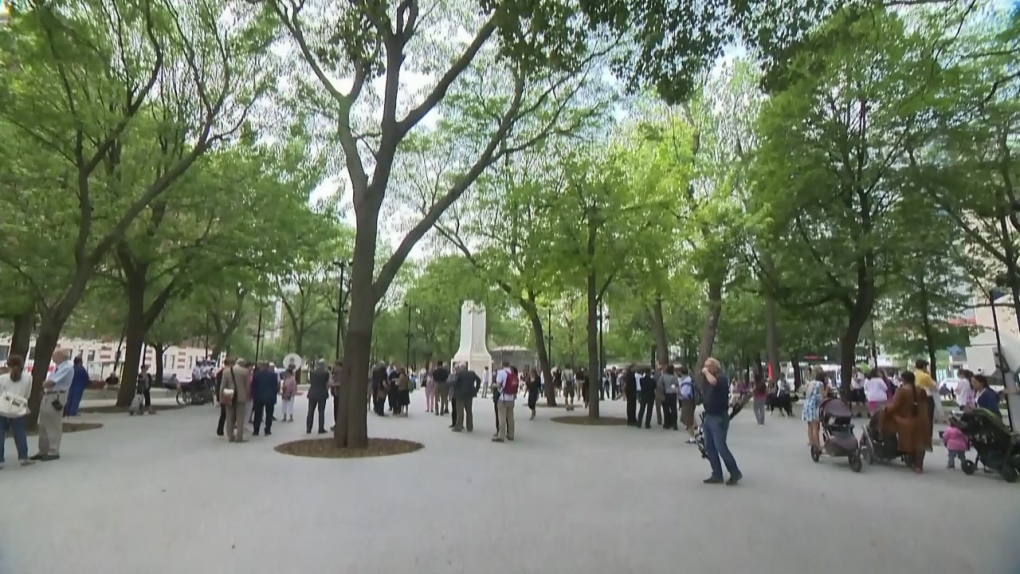 MONTREAL -- On May 3, weeks before anti-police riots erupted, a social worker was sitting in a park in downtown Montreal with a woman he knew well.

He wanted to call an ambulance for her. The hard part, he thought, was getting her to agree to that plan. But it turned out the real hurdle was getting the 911 dispatchers to agree.

“The woman was feeling very overwhelmed and really low, so she was thinking about suicide,” said Nakuset, the director of Montreal’s Native Women’s Shelter, who knows both people involved.

“The intervention worker from Resilience Montreal sat with her for four hours, and after the fourth hour, she turned to him an said ‘OK, call an ambulance.’”

The two waited but they got a surprise, Nakuset said. “Instead of an ambulance she got 17 police officers and a canine unit.”

The woman became very upset, picking up a broken bottle from the ground and threatening her own safety with it. She wasn’t just angry about having to deal with police, said Nakuset—she felt betrayed by the social worker.

The woman wasn’t physically injured in that moment, but since that day, at least four people across Canada have been killed in moments that followed a similar trajectory: a loved one or supportive person asks for medical help but is sent police. Last Monday, a 53-year-old Quebec man became the most recent person to die during a mental health check.

This type of tragedy is partly behind the widespread call to “defund the police,” which activists say will help in the long term—they want part of police budgets redistributed to other services, including new workers trained to handle mental health crises.

But in the short term, that doesn’t help people understand how and why emergency services unfold as they do, and what’s likely to happen when they make a 911 call under the current system. Nakuset said many of the people she works with are “afraid to call 911” because it’s hard to predict who will arrive.

Montreal emergency responders say there are no easy answers to that question, because they make their own decisions about what’s needed. And many of those judgment calls are up to 911 dispatchers.

POLICE SHOW UP FIRST BY DESIGN, NOT ACCIDENT

The dispatchers’ overriding logic, meanwhile, is simple, according to those who work with them: they’re supposed to protect paramedics from danger. As long as paramedics aren’t trained to handle potential violence or erratic behaviour, police will show up first, say experts.

“Sometimes it’s the way the people answer the questions that will make the dispatchers [say] ‘Well, we're going to send police cars there, because there's something fishy about this,’” said Stephan Gascon, a spokesman for Montreal’s Urgences-Santé health service.

The public often thinks that 911 responses come down to staffing or timing—whoever is available and happens to arrive first. And it’s true that there are many more police cars available at any given time than ambulances.

However, neither speed nor staffing is the fundamental reason police arrive so often at mental health calls. Often paramedics and police are ordered simultaneously, Gascon said, but if the ambulance arrives first it may idle a few streets away after a dispatcher message saying “wait for police before proceeding.”

Ironically, stressing the calmness of the person in need can be a red flag, he said.

Saying “I was able to calm her down” may be heard, by the dispatcher, as an admission that the same person may stop being calm, he said.

“The person is saying on the phone, ‘Well, I was able to convince her to go to the hospital and not be violent,’ well, ah! There are alarm bells for the 911 dispatcher to say ‘Hmm, this might evolve into something,’” Gascon said.

“Most of the time it doesn’t, but once in a while it does.”

Any mention of a weapon, or an object used as a weapon, will be a heavy factor in deciding if police are needed.

A QUESTION OF TRAINING

While paramedics are only rarely assaulted, they get no training in “manhandling” or “restraining” people or in self-defence, Gascon said. They only learn how to safely lift and transport patients.

The rubrik of factors in a dispatcher’s head goes beyond the state of mind of the person in crisis, too, Durocher said.

The system also complicated by the fact that live dispatching is heard by various types of responders—so even if a dispatcher determines that only an ambulance is necessary, others may volunteer to show up anyway.

For example, “a call is not dispatched to me, it's dispatched to another unit,” said Durocher. “But I happen to be two streets away from there and I'm available. I may go also as a backup in case they need me for traffic or something that was not planned.”

Montreal police said in a statement that dispatchers are trained to always tell the callers what to expect and which services have been dispatched.

But Nakuset said people do “need to second-guess who is going to arrive at the door,” and she said emergency response system is missing one big thing that makes police different than paramedics: police often make mental-health crises worse by stressing people out, she said.

She also said she believes the fact the woman was Indigenous, and the fact that the incident happened in Cabot Square, factored into how police responded.

“I have literally heard police officers call the people at Cabot Square ‘irritants,’ ‘the irritants in the park,’” she said. “I looked at that police officer and I'm like, ‘Are you talking about my people? Are you calling them “irritants?”’

Gascon said Cabot Square is “flagged as a rough spot” though he had no knowledge of the May 3 incident.

Durocher said Montreal police can’t comment on any particular case and could only speak in generalities about how the 911 system works.

Nakuset said she’d never given much thought to the concept of defunding the police before the last few weeks, and she doesn’t believe in abolishing police.

“I think we do need police for certain things,” she said. “If there’s a bank robber, who are you going to call?”

But she said they shouldn’t be responding to any health crises unless absolutely necessary. It should always be properly trained paramedics except in extreme cases, she believes.

She added that she and other organizations requested that 911 operators be trained in Indigenous realities and history as well as the police.

Nakuset said it was far worse for the woman on May 3 to be confronted by police than to be taken to the hospital some other way. She had had a bad experience with police—an alleged assault—in 2016, Nakuset said, and they’d made a complaint.

Having so few options puts the onus entirely back on those who care about the woman, if a similar moment happens again, said Nakuset.

Montreal does have some mental-health-specific emergency responders, and it’s not clear why one of those teams wasn’t sent on May 3. There are police teams, for example, that include civilians trained in psychology and de-escalation. Gascon said there’s also a pair of social workers based at two hospitals near downtown who have a car to be able to respond to crisis calls.

In the wake of the episode, Nakuset and two other leaders of Quebec Indigenous women’s organizations sent an open letter to Indigenous Services Minister Marc Miller, whose constituency office also happens to be less than a kilometre from Cabot Square, where it took place.

“Across Canada, Indigenous people are terrified of police,” they wrote in the letter.

Nakuset told CTV News she’s tired of trying to deal with Montreal police, who show few signs of responding to feedback, and wanted to go far above them for answers.

Miller, in response to the open letter, said the incident described “between the SPVM and an Indigenous woman are deeply troubling.” The statement also mentioned several instances of recent police violence. “We must face the reality that our institutions continue to fail Indigenous peoples in Canada,” he said.