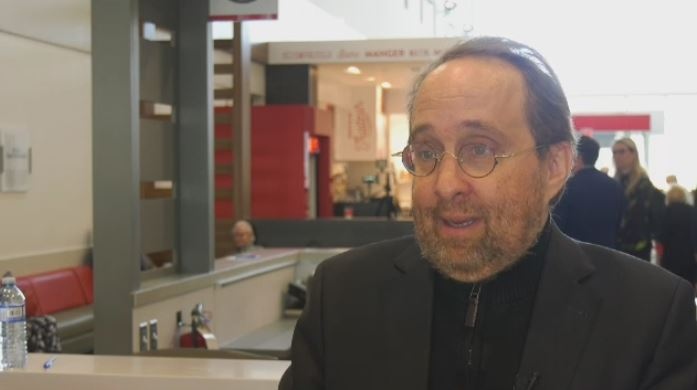 Karl Gauvin says he owes his life to the MUHC's cardiovascular care.

Karl Gauvin wasn’t sure he was going to make it. He was admitted to the MUHC after suffering what doctors call a “ventricular septal rupture.” Gauvin describes it as though his “heart blew up, it just exploded.”

He says the odds of him surviving were only 5 to 15 per cent.

“Technically speaking, I was not supposed to make it but… they found a way to make it happen, and it saved my life,” he said.

Gauvin’s story is just one example of why the MUHC is launching its “Fix Broken Hearts” fundraising campaign. The goal is to raise $50 million to transform the hospital’s cardiovascular care. The Courtois Foundation was the first donor with a gift of $18 million to the MUHC’s foundation.

The MUHC will use these funds to help develop new strategies for early detection and the prevention of cardiovascular disease, according to Dr. Nadia Gianetti, the chief of the cardiology division at the MUHC. These strategies include using patients' smart phones to track health information; studying genetics and biomarkers, which can indicate to risk of cardiovascular disease; and using a new MRI machine to use heart imaging for prevention.

“We will work with our experts to develop artificial intelligence algorithms. The expected results from this research will serve as a guide for the discovery of more precise and personalized diagnostic and therapeutic approaches,” says Dr. Gianetti.

According to the MUHC, the campaign will help stop heart disease from progressing throughout a person's life by letting doctors identify the genetic and molecular makeup of patients' hearts.

The fundraising campaign will also allow doctors to monitor patients throughout their lives while they discover better treatments, including the regrowth of damaged tissue or even the complete redesign of patients' hearts.

“We’re on the cusp of solving some of humanity's biggest medical puzzles,” says MUHC Foundation Chair Norman Steinberg. “This will have a direct impact on our families, community, city and country."

Gauvin says he had no warning signs before he was admitted to the MUHC.

“It just happened out of the blue because I had no health problems. I had some tests a year before, and everybody told me that my heart is okay,” he says. “I am the type of guy that wasn’t supposed to go through that heart failure. My health was quite good and I used to exercise.”

Gauvin says he owes his life to the MUHC, the doctors and their cardiovascular care centre.

“It’s actually incredible. The odds were so low, that people took me for dead, but the doctors found a way to fix what happened to my heart,” he says. “I was saved by technology and the doctors.”