LAVAL -- With a red-wine beak and brown eyes framed by a soft white profile above a fiery orange neck, a rare and beautiful mandarin duck has been spotted in Laval.

“I’ve always wanted to see a mandarin duck. It was like a dream.” said Lori Bellerdine, a wildlife photographer who found the aquatic bird in a Laval park. Even when it sits in the water, delicately detailed feathers reveal a striking, upturned orange tip of the wing near the tail.

Mandarin ducks are native to Asia, rare in North America, and unheard of in Laval.

Bellerdine first learned the duck was seen at Forêt du ruisseau Ste-Rose park through a bird watcher app. She and a friend drove there to sniff it out.

“I didn't really think we'd find it, it was a pretty big park, a lot of trees. It felt like it was too good to be true” she said.

It was a beautiful day, one of the first sunny days of the season. They found themselves at the foot of a large pond, before running into another photographer who said he couldn’t find it.

“I said,” she said, “we’ve got to keep looking at the smaller ponds.”

They continued along the park’s paths, and after one fortunate left turn, there it was.

“I was in shock. I couldn't believe it.” 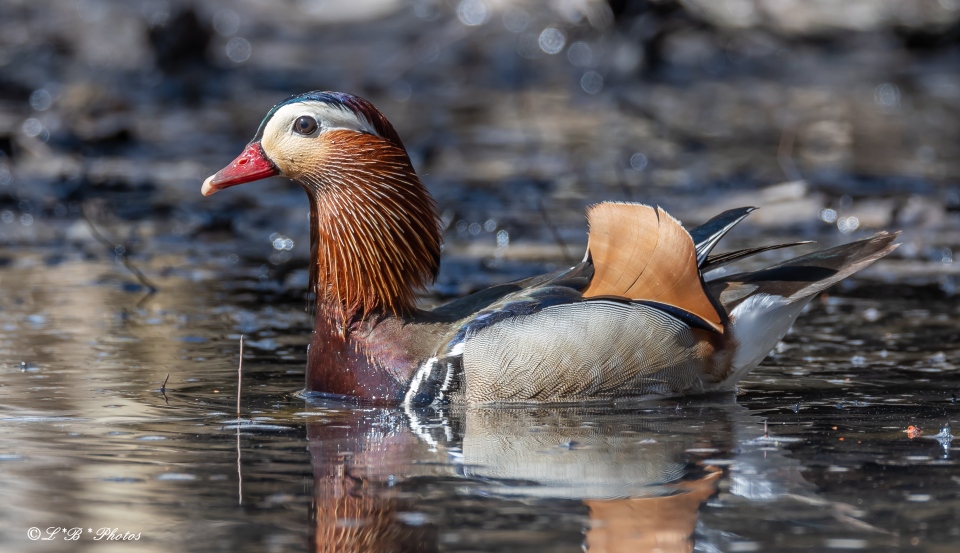 (Lori B "couldn't believe" she caught a glimpse of this mandarin duck in a Laval park (Image courtesy: Lori Bellerdine)

The bird looked happy enough, she said, swimming with two other ducks, including one female mallard (the males have the green heads and yellow beaks, the females are brown).

“It fell asleep, and then it started swimming again,” she said. “It seemed pretty happy, except sometimes the other ducks would pick on him.”

“Ducks are very aggressive,” said Kyle Elliot, Ornithology (study of birds) professor at McGill University. “They wrestle with one another.”

“Perhaps this newcomer to the pond is having some aggression directed towards it.” 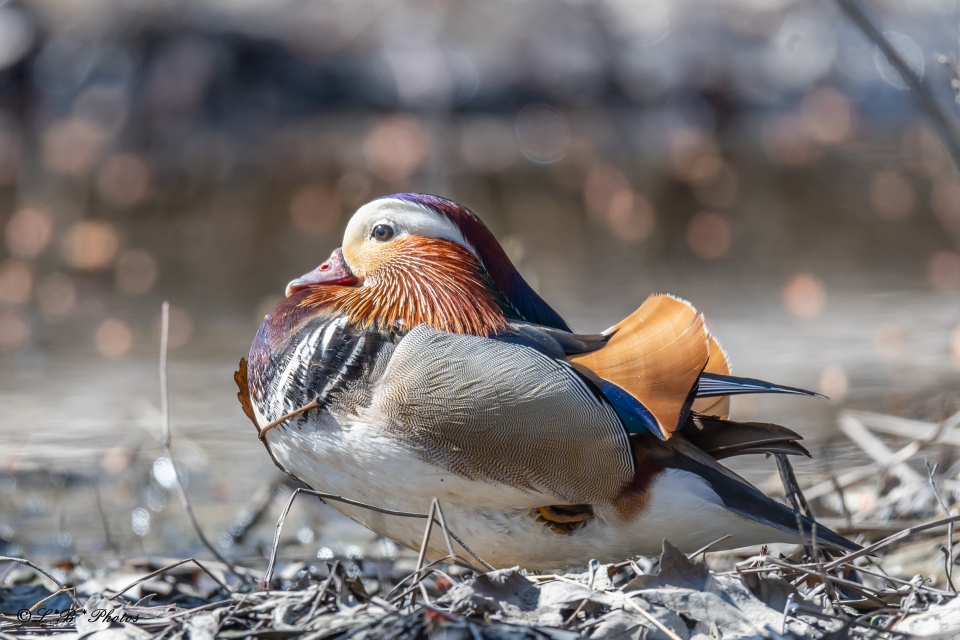 Exactly where the bird came from is still unclear. Bellerdine told CTV News she thought it may have been Eddie, the mandarin duck that escaped an Ontario farm to splash around in a park pond near Newmarket.

“I don’t know, he must have escaped from somewhere,” she said.

“It was almost certainly an escapee,” said Elliot, adding the mandarin duck, Aix galericulata, “are widely considered to be the most beautiful duck.”