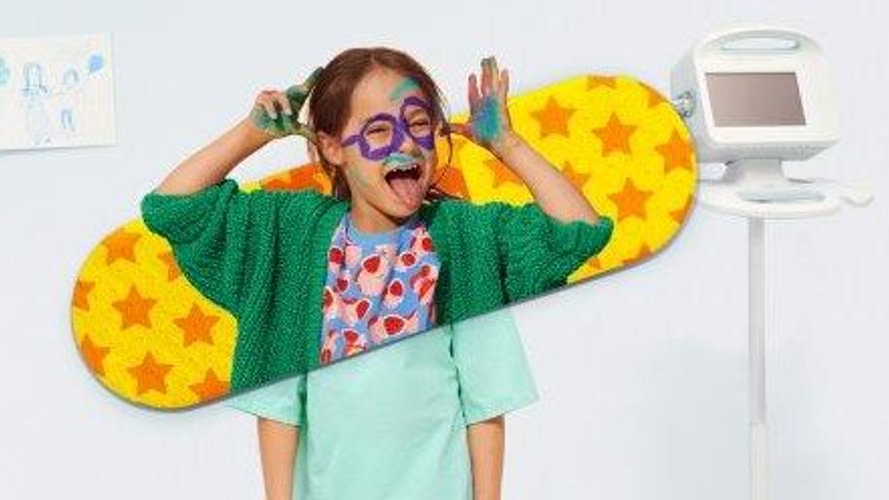 The Montreal Children's Hospital's newest fundraising campaign hopes to help its "tannants" or "little brats". The hospital wants kids to be "spirited, even a little bratty - anything but sick." SOURCE: The Children's

"That's the concept, to help sick children to become brats again," said foundation president Renée Vézina. "We really want to give children the chance to become tanners again, to do bad things."

In preparation for two years with the advertising firm Cossette, the campaign was set to launch in May. But when the pandemic hit, it was judged that it would be wiser to postpone it until later.

In the last few days, however, the Children's has begun to reach out to Quebecers, despite the difficult period everyone is going through.

"We know that the pandemic has affected many Quebecers, many families, but we have noticed within the community and among our donors that those who are able to give, are giving more at the moment," said Vézina.

The theme of the campaign - the "tannants" in French, or "little brats" in English - was directly inspired by comments from parents and doctors.

"Parents would tell us that from the moment their sick child became turbulent again, it was a good sign that he was healing," she added, laughing.

Despite the confinement due to COVID-19, children remain sick and their needs are possibly greater than ever, Vézina added. She said, for example, that there has been an increase in mental health consultations, particularly from adolescents.

The campaign is the hospital's first major solo fundraising campaign in 28 years. The hospital hopes to raise $200 million by 2026, which would represent a record in Quebec.

The money raised will not only be used to fund research projects and provide health-care professionals with all the equipment they need but also to revitalize the hospital.

"One of our biggest projects will be to redecorate the hospital, while calling on the multimedia sector which is so strong in Montreal," explained Vézina. "We know that art improves healing; it's proven."

The Montreal Children's Hospital serves 63 per cent of the province and it is possible to obtain services in 47 languages, she said.

"It is a hospital that is known worldwide, but perhaps not so well known to Quebecers," said Vézina. "So our goal is to make it known; it is a jewel of modern Quebec."