The monarch butterfly population is in trouble; how 'citizen scientists' are helping the cause

MONTREAL -- If you live in Canada, chances are you’ve seen a monarch butterfly before — with its vivid orange wings, delicate black markings and bright white spots, it’s pretty difficult to miss.

The creature is a fixture of North American wilderness, feeding and breeding on milkweed plants across the continent.

But the monarch butterfly is making its way towards extinction, with experts estimating a population decline of over 80 per cent in the last 20 years.

One Montreal initiative, called Mission Monarch, is tracking this decline very closely — and "citizen scientists" are helping out.

"Mission Monarch is an international project that was launched by the [Montreal] Insectarium in collaboration with the federal government, and its goal is to identify monarch breeding hotspots," said Maxime Larrivée, director of the Montreal Insectarium and founder of the mission.

Since 2016, Mission Monarch has participated in the annual International Monarch Monitoring Blitz, when everyday nature enthusiasts across Canada, Mexico and the U.S. band together to track the monarch's breeding rates as it makes its annual migration from north to south. The monarch is the only known butterfly to make this kind of migration.

Every year, fewer and fewer monarchs are returning north in the spring, as their journey home has grown increasingly treacherous.

"Our contribution in Canada is to make sure that monarchs, when they leave Canada, [that] they leave in the best shape possible, and in [the] biggest numbers possible for their migration back to Mexico," says Larrivée. 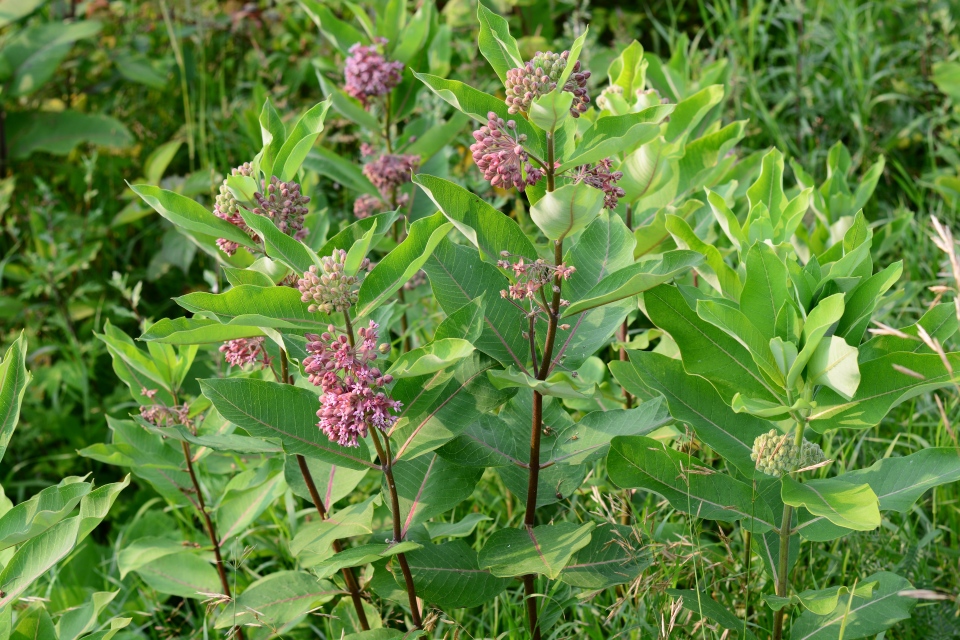 Milkweed is essential to the monarch butterfly's survival. It can be found all across Canada, with the exception of the northmost regions. (Jardin botanique de Montréal /Michel Sokolyk)

Participants in the Blitz are encouraged to venture out into the wilderness and track monarchs in each of their life stages, later sending their findings to Mission Monarch. Right now, in late July, a second generation of monarchs is forming; if you look closely enough, you might find eggs, pupae, caterpillars and butterflies all at the same time.

This year's Blitz is currently underway, starting on July 23 and ending on Aug. 1.

Larrivée said that by recruiting citizens in the project, conservation experts can gain a widespread pool of data.

"Researchers are working on identifying [...] what we call breeding hotspots, from the data collected by Mission Monarch and other other citizen projects, so that we can target and be efficient in our optimization of these conservation areas.”

Anyone can participate in the Blitz, regardless of experience. Larrivée says its the perfect excuse to get outside and explore nature in a new way.

"It’s a great activity to do with friends, family and especially, I think, for kids," said Larrivée. "It gives them this introduction to the scientific method, but also this connection to nature." 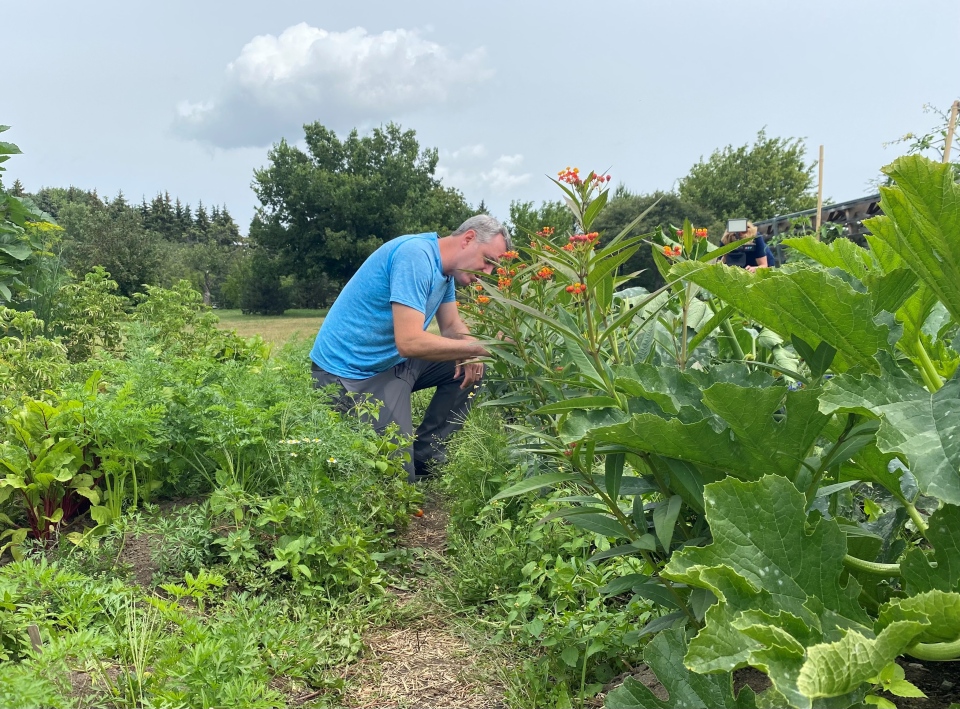 Maxime Larrivée combs through milkweeds at the Jardin Botanique in search of monarch butterfly eggs and larvae. (CTV/Lillian Roy)

To participate in the Blitz, follow four simple steps:

A SYMBOL OF PAST AND FUTURE

The eastern monarch population has declined by over 80 per cent in the last 20 years, while the western population has dropped by 99 per cent since the 1990s, according to Montreal's Comission for Environmental Cooperation.

"Monarchs were so ubiquitous," says Larrivée. "They were in population sizes of more than a billion. And then gradually, from the late 1990s to the early 2000s, numbers started to go down."

And then, around 2012, the population hit rock bottom.

"It went down, in our estimates, to about 60 million individuals."

Larrivée says that, for anyone alive over 20 years ago, this dramatic decline is apparent from the moment you step outside.

"Monarchs were part of our environment.They were branded. If you went out in the summer, you would see this big, bright orange butterfly. And you would appreciate it, you'd share a moment with it, this connection with nature. Now, we know that something's off. We realize that it's not a part of our landscape [in the way] it used to be." 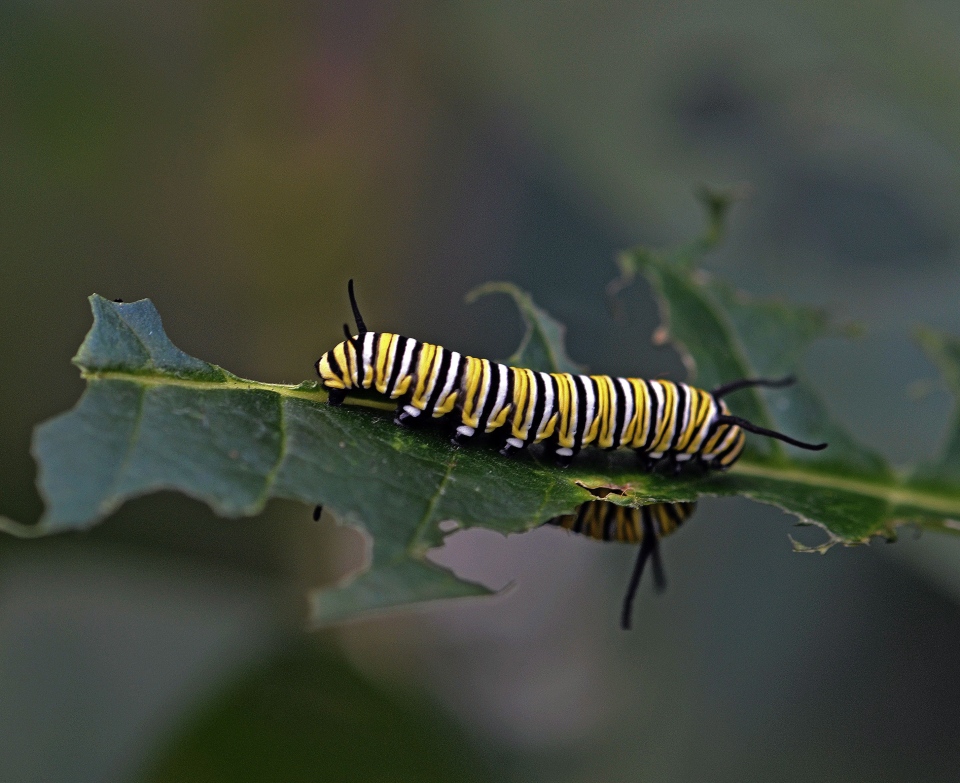 But why is the monarch disappearing so fast?

Storms, heatwaves, and freezing temperatures have made surviving migration a challenge for the butterfly, and fewer milkweeds means fewer places to lay eggs.

Larrivée says that the monarch's declining population points to a less-than-ideal future.

"Monarchs, insects in general, are what you could call a canary in the coal mine," says Larrivée. "They are the first signs that things are going really wrong."

But experts hope that, by collecting more data through projects such as the Blitz, steps can be taken to protect monarch butterflies and, by extension, their surrounding ecosystems.

"The actions that [we] will do to improve the quality of the habitat they breed on, through which they migrate, will also have very positive impacts on the rest of the biodiversity in those areas.