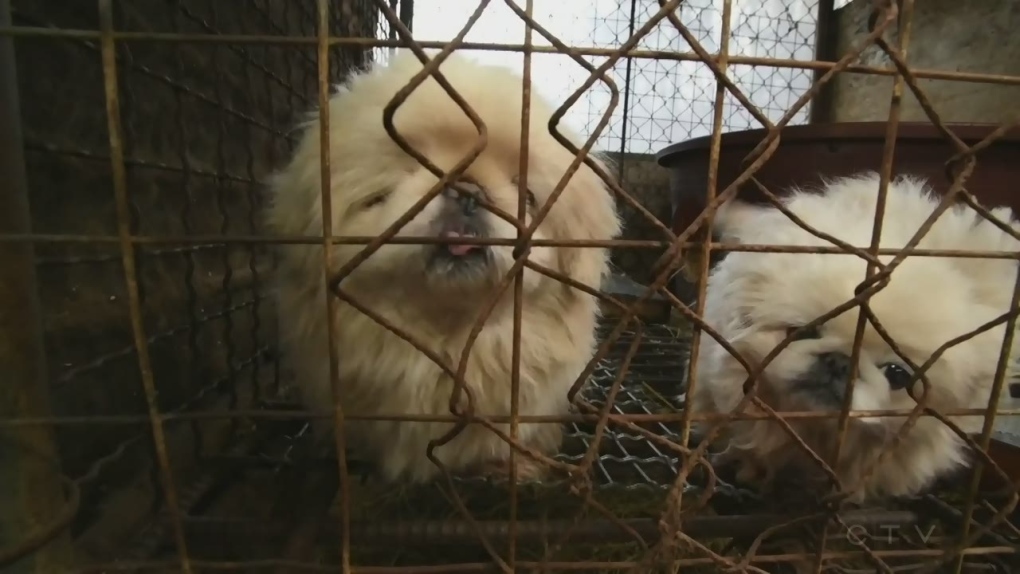 Animals rescued from a dog meat farm in South Korea came to Montreal for rehabilitation and adoption.

MONTREAL- The last dog-meat slaughterhouses in Seoul, South Korea, have been shut down, according to the Humane Society International Canada.

“Having witnessed the horrors of the dog meat trade first-hand, I am thrilled to see South Korea move one step closer to ending this brutal industry,” said Rebecca Aldworth, executive director of HSI Canada in a statement released Wednesday.

According to Aldworth, HSI has rescued more than 1,800 dogs from South Korean dog meat farms over the past five years, and hundreds of them have been brought to their emergency shelter in Montreal.

“These animals are living proof of the urgent need to stop the trade in dog meat forever,” said Aldworth.

HSI Canada said their organization and Friends of Humane Society International are currently sheltering and caring for over 60 dogs that were recently rescued from a dog meat farm in Korea.

HSI said in a statement that the dogs are being treated before being placed into homes and partner rescue organizations.

According to HSI, HSI Korea has closed down 15 dog meat farms in South Korea so far.

“Although these shops can still sell dog meat, it is nonetheless wonderful to see South Korea take one step further away from this dying industry that most Koreans want nothing to do with,” said Nara Kim, a dog meat campaign manager for Humane Society International Korea.