The director of the Montreal Marathon resigns 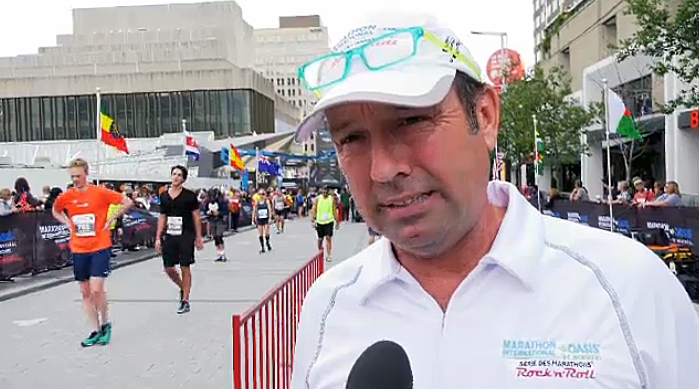 The director of the Montreal International Marathon resigned on Wednesday after the death of a runner, and logistical problems that delayed the start of the race on Sunday.

In his resignation letter, Dominique Piché says that "the unfortunate events of the last weekend" pushed him to “make this difficult decision.”

A 24-year-old racer, Patrick Neely, died in the half-marathon race, a 21.1-kilometre course.

The incident raised questions about the response time, to get him help. Some witnesses said that the delay before paramedics arrived was lengthy, in the order of about 25 minutes.

Urgences Santé claims that seven minutes elapsed between the 9-1-1 call and the time paramedics arrived on the scene and attended to Neely.

The coroner's office is investigating, to shed light on the circumstances surrounding the event.

The Montreal Marathon also had serious logistical problems that delayed the start of the race by 50 minutes. Piché blamed a lack of volunteers for the delays.

“The unfortunate events of last weekend at the marathon, which I have already publicly taken the full responsibility, as it should be in such circumstances, led me to make this difficult decision. This speaks to my willingness to be held accountable, a quality that I hold in high regard,” he said.