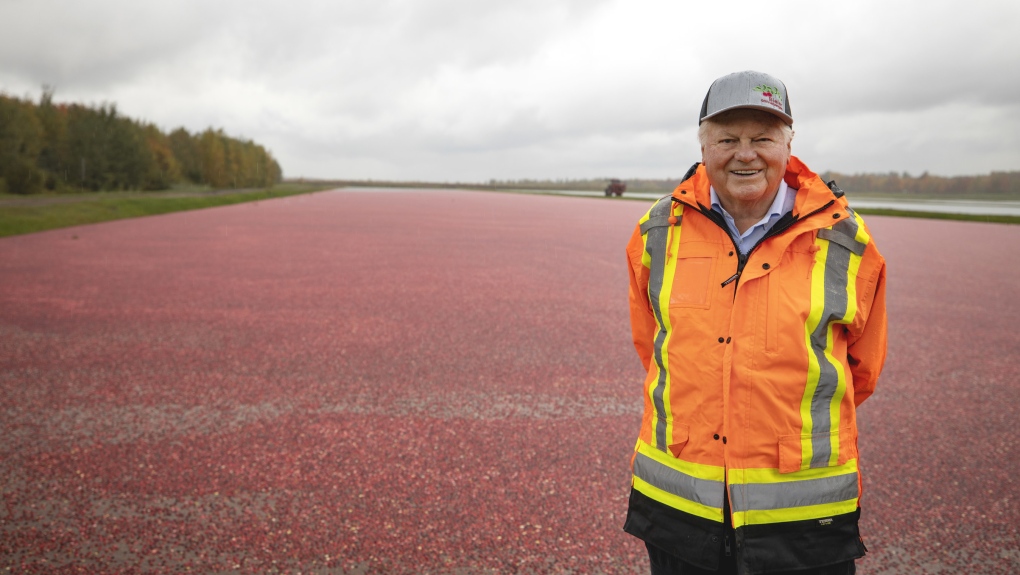 MONTREAL -- Marc Bieler has been a well-known businessman in Quebec's cranberry industry for the past 35 years and he has decided to donate $15 million to his alma mater, McGill University, to strengthen teaching capacities, research and experiential learning at the McGill School of the Environment.

The institution said that the philanthropic investment will allow the school to acquire resources to tackle critical environmental and social issues.

In recognition, McGill announced that the school has been renamed the Bieler School of the Environment.

McGill University principal Suzanne Fortier said that environmental sustainability is one of the greatest challenges of our time and that thanks to the businessman's gift, the Bieler School of the Environment will be able to translate new knowledge into solutions that will have real and lasting effects on our planet for generations to come.

In a news release, Minister of the Environment and the Fight Against Climate Change Benoit Charette congratulated Bieler on behalf of the Quebec Government for his achievements and for his significant commitment to research at McGill University.

Bieler's $15-million donation is the largest ever made by a McGill Macdonald campus graduate. It includes an initial cash investment followed by a 25-year commitment from him and his estate.

The university reports that Bieler has donated money every year since 1964, including $1 million in 2009 to create the Bieler Family Internship Program at the Faculty of Agricultural and Agricultural Sciences.

Listen to the CJAD 800 radio interview with Marc Bieler here: