The Canadiens deliver a lackluster performance, fall 2-1 to the Canucks 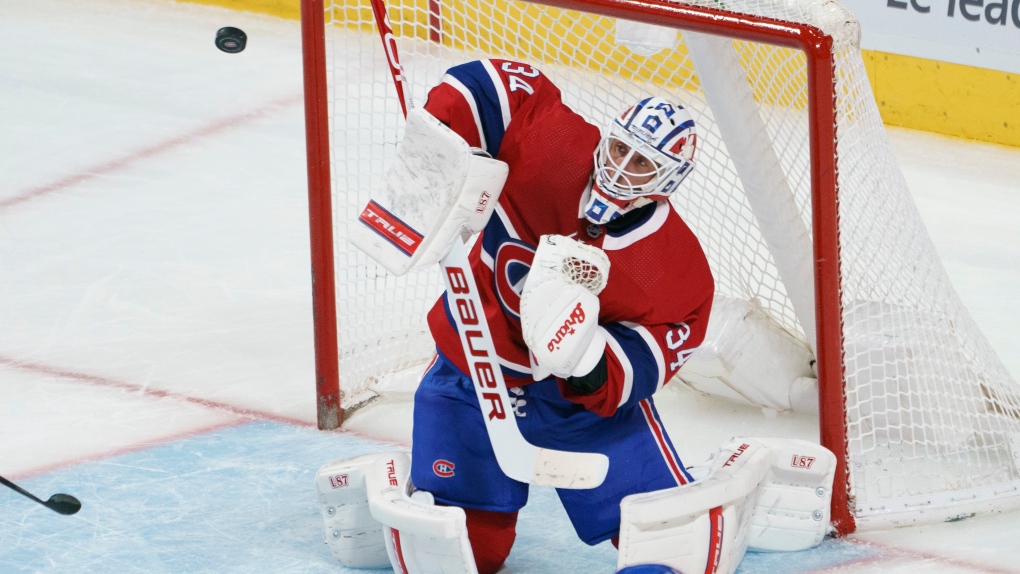 MONTREAL -- Conor Garland had the winner in the second period as Vancouver held on for a 2-1 win over the Montreal Canadiens on Monday as the Canucks snapped a four-game losing skid.

Elias Petterson had a power-play goal for Vancouver (7-14-2).

Thatcher Demko made 33 saves in nets for the Canucks.

Allen has stopped 40 or more shots in back-to-back games.

Ryan Poehling picked up his fourth goal in ten games for the Habs.

Jack Hughes and Petterson teamed up for a one-timer to open scoring on the power play eight minutes into the first period.

Poehling levelled things at 1-1 just before the end of the first. After starting the year in the American Hockey League, Poehling is now tied with Nick Suzuki for goals by Habs centremen with four.

Garland brought Vancouver back on top in the second period. Bo Horvat intercepted Josh Anderson's no-look pass along the boards and passed to Garland who scored his seventh of the season.

With two power-play opportunities against the Canucks, the worst penalty-killing unit in the NHL, Montreal still couldn't find the back of the net with the man advantage.

This report by The Canadian Press was first published Nov. 29, 2021.