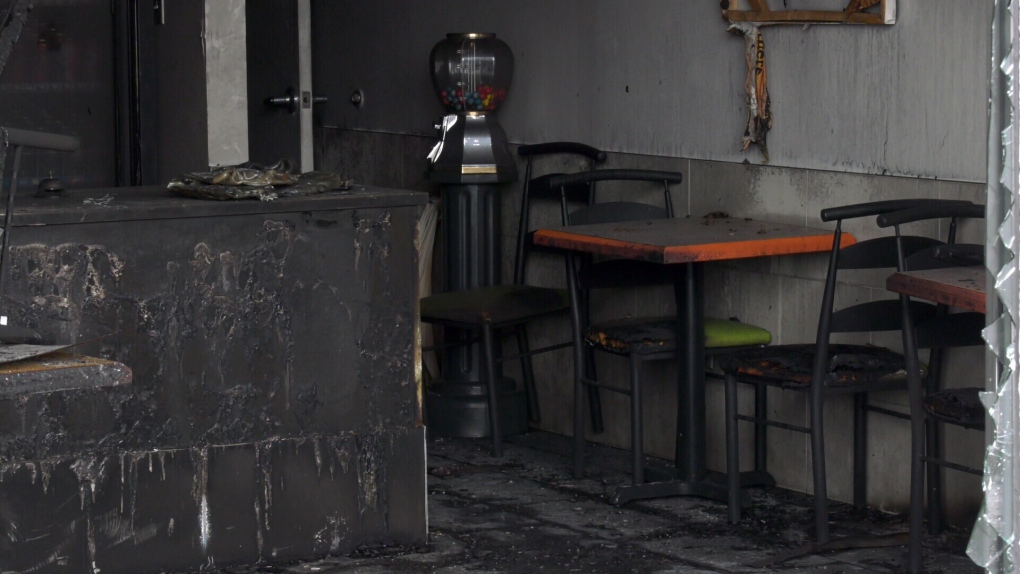 A Molotov cocktail was thrown through the window of Gino Pizza in Pierrefonds Dec. 8, 2019.

MONTREAL -- A Montreal business was torched in the early morning hours Sunday, and the SPVM's arson squad is investigating.

Firefighters received a call at around 1 a.m. for a fire in progress at a Saint-Jean Blvd. business near Harry-Worth St. in the Pierrefonds-Roxboro borough.

According to SPVM Constable Manuel Couture, at least one suspect was seen by witnesses smashing a window before throwing a Molotov cocktail inside the building. The suspect escaped by car and was not found.

Firefighters arrived on the scene quickly, and no one was hurt since the business was closed at the time of the crime. The damage to the business is significant, however.

The investigation was transferred to the arson squad of the SPVM.