Teens who went on violent robbery spree in Montreal have been arrested: police

Teens who went on violent robbery spree in Montreal have been arrested: police 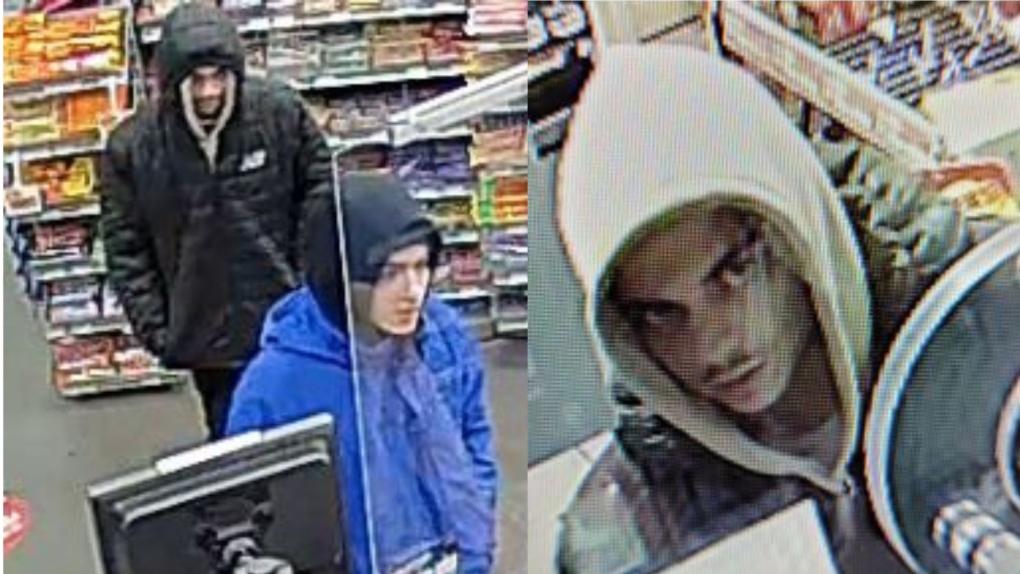 Montreal police (SPVM) released these surveillance images of two people suspected of multiple robberies between Dec. 3 and 5, 2022. Police say the suspects have been arrested and will face multiple charges. (Source: SPVM)

Two teens armed with baseball bats and air guns who were going around robbing passers-by of their wallets and cellphones in multiple parts of the city have been arrested, Montreal police (SPVM) say.

In at least two robberies, the suspects seriously injured their victims after assaulting them with the weapons, police allege.

In total, five robberies were reported to police between Dec. 3 and 5 in the Ville-Émard neighbourhood, in the Sud-Ouest borough, as well as in the boroughs of Rosemont–La Petite-Patrie and Mercier–Hochelaga-Maisonneuve.

Police confirmed in a news release that they arrested two male suspects, aged 18 and 19, Thursday night in Saint-Calixte, a city in the Lanaudière region, about 80 kilometres north of Montreal.

The teens are expected to appear in court Friday on multiple charges, including assault with a weapon, pointing a firearm, robbery and uttering death threats.

The SPVM said after releasing surveillance footage of the two men to the media, "several useful pieces of information provided by the public allowed investigators to identify and locate the suspects."