Teen killed and one person injured in overnight Laval shooting

MONTREAL -- A teen was killed and another person was injured during a shooting in Laval’s Vimont neighbourhood early Thursday morning.

A few hours after the shooting, Laval police still weren’t reporting any arrests in connection with the event.

Police are investigating a shooting that killed a teen at a park near Boisvert and Saint-Elzear street about 12 a.m. Thursday. @CTVMontreal pic.twitter.com/QmJcL78Dhj

Upon their arrival, police found the young victim on the ground and another injured person nearby,  who was taken to hospital. His condition was still unknown to officers early Thursday morning. 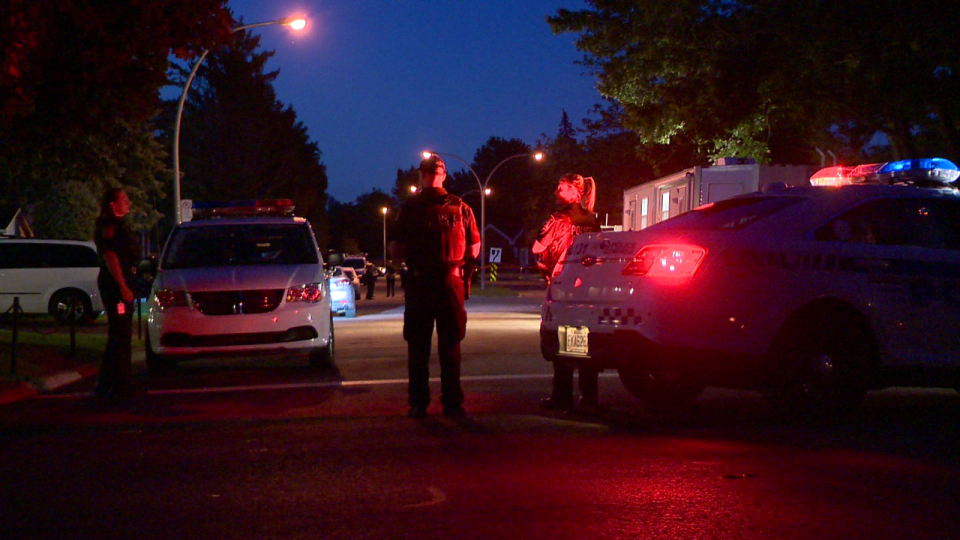 Laval police were able to confirm that neither of the victims are known to police for past criminal activity.

A large perimeter was erected in the residential area where the shooting took place. Investigators and the force’s K9 unit were on scene in the middle of the night and technicians will comb the area over the course of the day on Thursday.