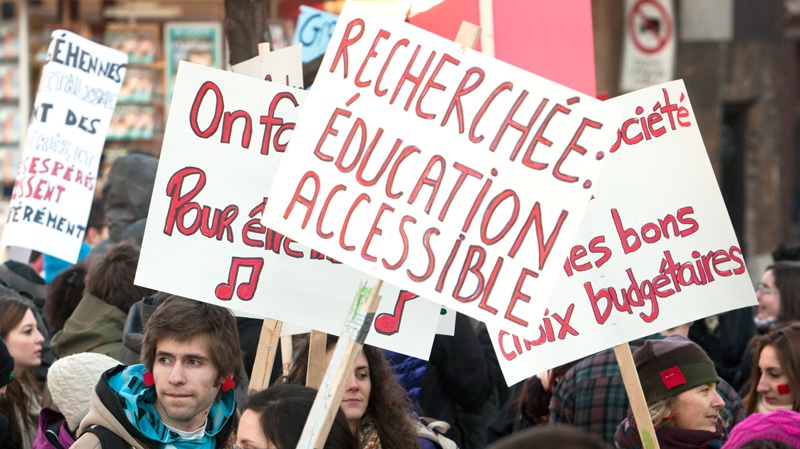 MONTREAL - Some Cegep teachers are discussing the possibility of joining the student strike March 22, the same day of a large student demonstration.

Several of the teachers met last week to discuss the possibility of doing more than just offering moral support for the tuition strike.

Jean Trudelle, who leads the FNEEQ-CSN teachers union says he supports the initiative and participated in that meeting.

The student leaders met Saturday in Sherbrooke to continue planning their activities.

He said that there are no discussions with the government, which he said is entirely closed to making changes to the tuition hikes in spite of the support of many non-students.

He said it's difficult to know why students in certain regions are not joining, but he said that media coverage in Quebec City might be playing a factor.

Students will be demonstrating again in Montreal Tuesday. At the end of next week coordinated family meetings will take place in five regions to symbolize the impact of the tuition cost increases on families.