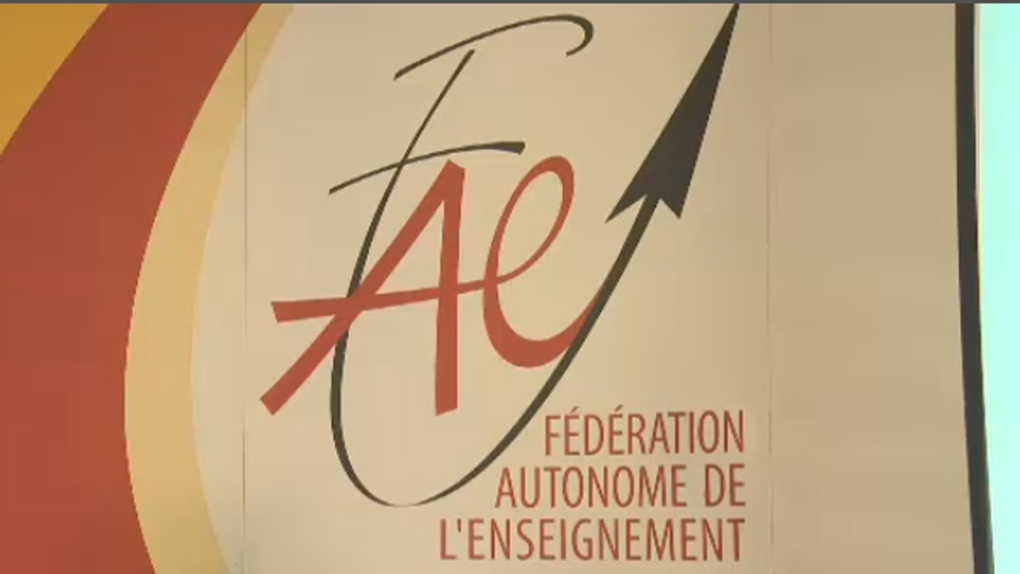 Fédération autonome de l'enseignement, aka the Autonomous Teachers Federation, says the PQ is being hypocritical with its proposed Charter of Quebec Values

Teachers in Quebec say the Parti Quebecois proposal to prevent people from wearing religious icons and symbols is extremist -- and not truly secular.

The Autonomous Teachers Federation (FAE) approves, in principle, of secular values and the separation of religion from the business of the state, but says that is not what the PQ is actually proposing.

"The right of our members to work is at stake," said FAE president Sylvain Mallette, pointing out that many teachers wear religious icons, being they crosses, kippas, hijabs, or something else which reflects their faith.

The 32,000-strong organization of eight public teachers' unions believes that the government should not play favourites or promote any one particular religion, which is why the FAE is demanding the crucifix that has been hanging in the National Assembly since 1936 be removed.

"It is hypocritical to legislate a charter of secular values beneath a religious icon," said Mallette.

It also says that individuals have the right to religious expression, and to wear hijabs or kippas, or other items, as long as it does not interfere with their work.

However the FAE said that prayer within school walls should be forbidden, and that religious holidays must be regulated.

"The right to believe does not translate to unequal treatment and preferential rights," Mallette said.

Along those lines the FAE called for the provincial government eliminate subsidies for religious schools, which it says make up half of the private schools in Quebec.

The FAE said it consulted its members for two years before adopting this position earlier this year.