MONTREAL -- As high schoolers across Quebec return to class, teachers at Westmount High School in the Montreal area showed up to work Monday dressed in all black.

According to a statement from a group of teachers, they’ll be wearing black to, among other things, “mourn the inevitable deaths that will occur due to the increased transmission caused by school reopenings.”

As of Jan. 3, the province reported nearly 1,500 active cases across all public and private schools in Quebec, with more than 200 affected schools in Montreal alone.

“It’s just unbelievable,” said science author and Westmount High teacher Deborah Fairchild. “We should not be sending students to school.”

In an earlier interview with CTV News, Education Minister Jean-Francois Roberge said the province decided to send children back to school based on an evaluation of risks.

"We did ask our experts from [public health] if the risk is higher at school or at home," said Roberge.

"When students are at home they don't learn as much, of course, and we have other problems such as mental health," he said, and "some kids get mistreated at home -- it's a fact."

“While we are also extremely concerned for the wellbeing of our students,” read the release, “we fail to understand how the challenges our students face could be given priority over the lives of Quebecers.” 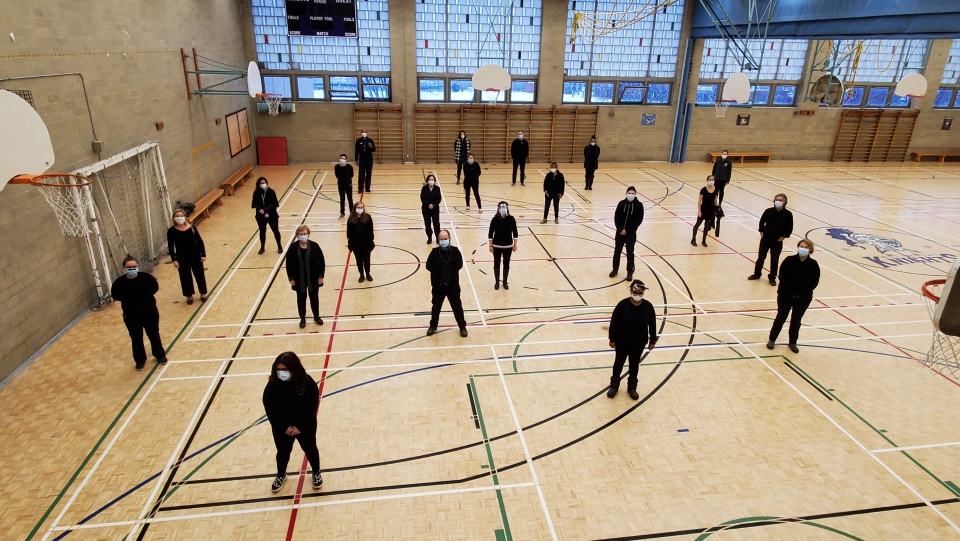 Elsewhere in the city, another teacher is feeling nervous about the semester to come. She says other teachers are feeling it too.

“We’re all concerned,” said the teacher, who preferred to stay anonymous.

“It makes no sense,” she said. “How is this helping the situation?”

According to Fairchild, the government’s measures don’t take real-world scenarios into account.

“We do not have adequate protection,” she said.