Taxi drivers' lawsuit can proceed against Quebec over Uber's arrival 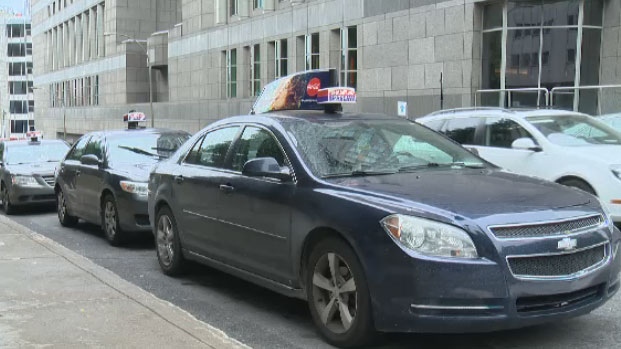 Cab drivers have been given the green light to sue the Quebec government over its alleged inaction as Uber increasingly moves into their market.

A lawyer for the taxi drivers says if they win their claim, it could cost the province $1 billion to compensate drivers for lost revenues and a drop in the value of their taxi permits.

Quebec Superior Justice Mark Peacock said the case made by taxi drivers can proceed and be heard on its merits in a decision rendered Wednesday.

Drivers have accused the government of inaction while Uber's ride-hailing service moved into the province without being subject to the same rules imposed on taxis.

They say a government-sanctioned pilot project with Uber that began in October 2016 has further devalued their costly permits.

The class-action covers everyone who has held a taxi permit since October 2013.