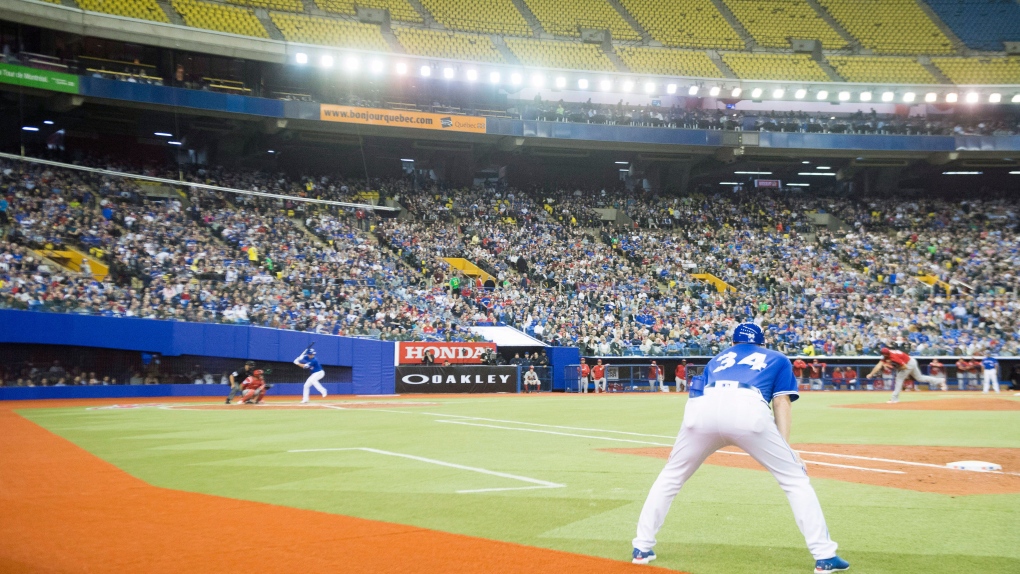 A crowd 0f 25,335 watch the spring training baseball game between the Toronto Blue Jays and the St. Louis Cardinals at Olympic Stadium Monday, March 26, 2018 in Montreal. THE CANADIAN PRESS/Ryan Remiorz

Major League Baseball could be returning to Montreal sooner than expected, according to an ESPN report.

While a potential ownership group that includes businessmen Stephen Bronfman and Mitch Garber has been working on acquiring a new team, either through expansion or relocation, Montreal could end up sharing a team that's currently struggling with attendance.

In a tweet, ESPN's MLB Insider Jeff Passan said the Tampa Bay Rays have received permission from MLB to explore sharing the team with Montreal. The team would play early season games in Tampa and finish the regular season in Montreal.

The Rays have been at the center of relocation rumours for several years due to the failure to secure funding for a new stadium.

Montreal has been without a baseball team since the Expos moved to Washington D.C. in 2004.