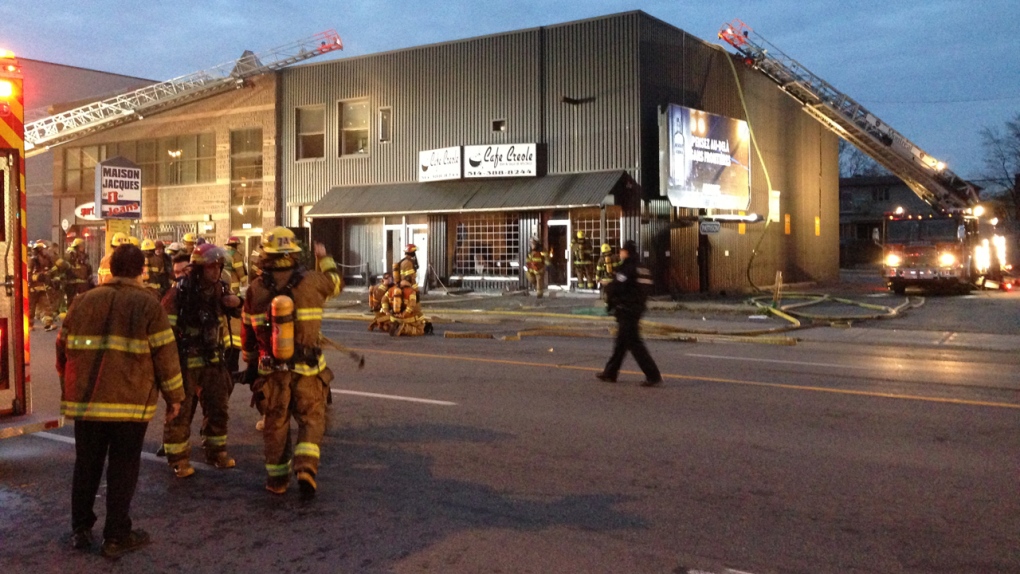 The arson squad is checking out a suspicious fire that began Wednesday before dawn at a Montreal bar.

The fire started around 5:30 a.m. at Café Creole, on St. Laurent Blvd. south of Legendre St. and firefighters arrived at the scene soon afterwards.

They climbed ladders to the roof and could be spotted pouring water into the building from above.

Firefighters said the fire began on one of the building's upper floors, in a space used for offices, although the cause of the fire is not being revealed.

The street was closed for a bit less than three hours while emergency crews did their job.