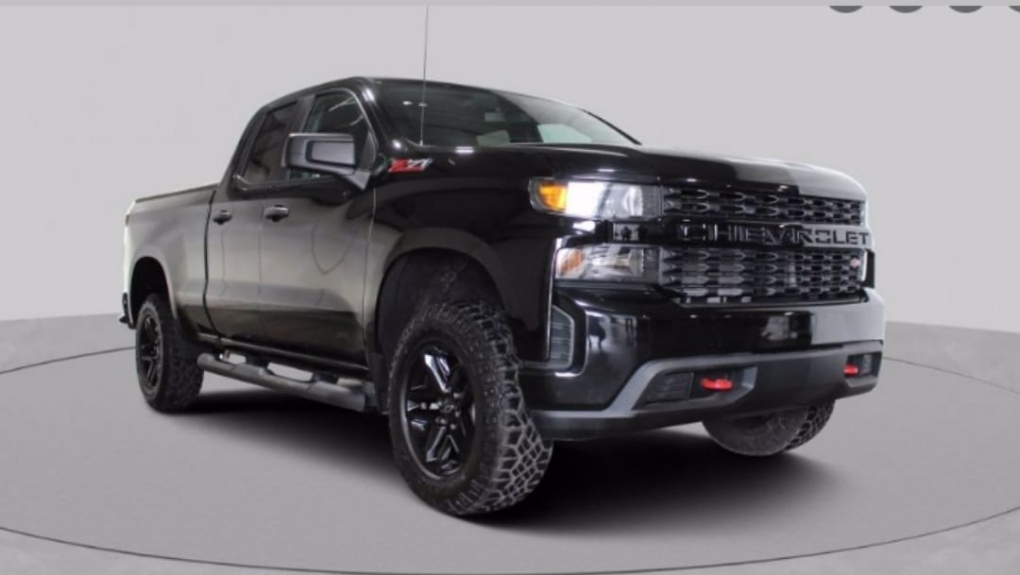 Police on Montreal's South Shore (SPAL) are looking for the driver of a Chevy Silverado they suspect of hitting and killing a young woman and then fleeing the scene. SOURCE: SPAL

Longueuil police (SPAL) seized a suspect vehicle they say was involved in a hit-and-run that left a 25-year-old woman dead.

Clarissa St-Armand Dell was hit at the corner of Rome Blvd. and Lautrec St. Friday in Brossard, on Montreal's South Shore.

The driver then fled the scene towards Taschereau Blvd.

On Saturday, police located a black four-door Chevrolet Silverado in the Greenfield Park sector of Longueuil. The vehicle was seized for forensic testing.

St-Armand Dell was an auxiliary nurse at the Charles-Le Moyne Hospital.

"The loss of this colleague and friend leaves a huge void between us. At this time of grief, we would like to join in offering our deepest condolences to her family and loved ones, and all those she illuminated throughout her life," the post reads.

Police are asking any potential witnesses to the incident to come forward.

Anne Heche on life support, survival of crash 'not expected'

Anne Heche is on life support after suffering a brain injury in a fiery crash a week ago and her survival isn't expected, according to a statement from a representative.

Former U.S. President Donald Trump has called for the 'immediate' release of the federal warrant the FBI used to search his Florida estate, hours after the Justice Department had asked a court to unseal the warrant, with Attorney General Merrick Garland citing the 'substantial public interest in this matter.'