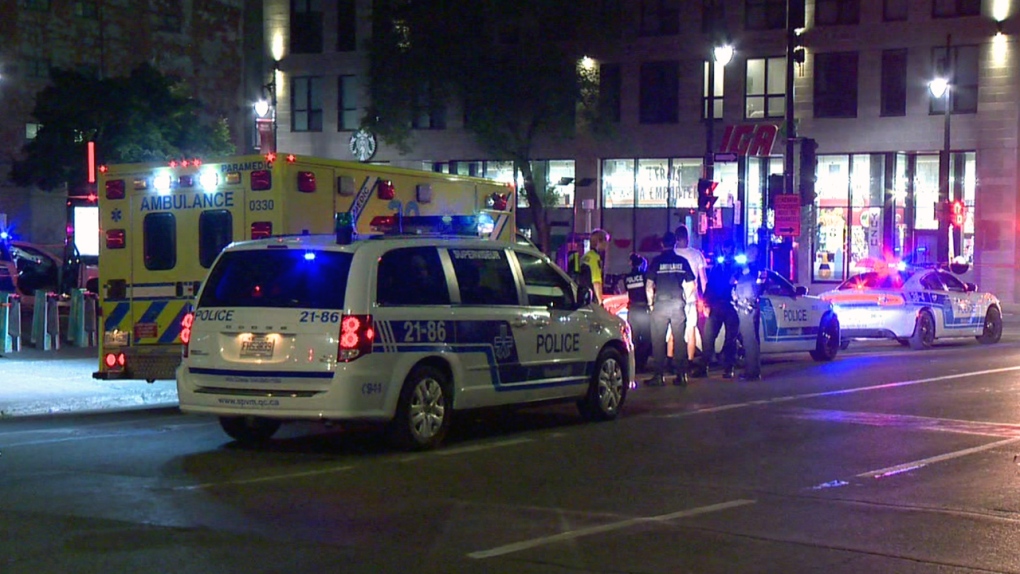 Police and paramedics rushed to St. Laurent and De Maisonneuve after an 18-year-old was stabbed on July 28, 2019 (CTV Montreal/Cosmo Santamaria)

A man accused of stabbing and killing an 18-year-old near the St. Laurent metro station has been charged.

The deadly attack took place around 11:40 p.m. the evening of July 28 when one man pulled out a fight during an argument and stabbed another man.

The victim was rushed to hospital where he died of his injuries.

He was arraigned in court on Tuesday and charged with first-degree murder, armed assault, and aggravated assault.