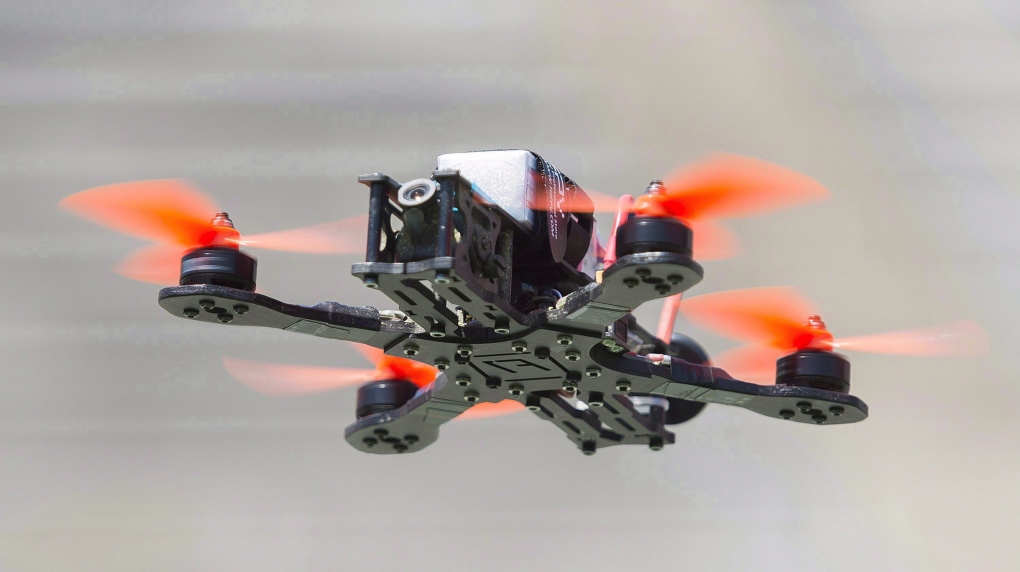 A drone hovers over the course during the Montreal drone expo, Saturday, June 25, 2016. (THE CANADIAN PRESS/Graham Hughes)
MONTREAL -

Quebec provincial police are investigating an illegal drug delivery made by drone to a detention centre on Tuesday.

According to the Surete du Quebec, the trafficked drugs were dropped by the unmanned aerial vehicle into a Quebec City detention facility at around 3 p.m.

A 38-year-old man was arrested near the scene after prison authorities detected the drone's presence. The suspect is scheduled to appear in court on charges related to drug possession and trafficking.

Among the items seized were: