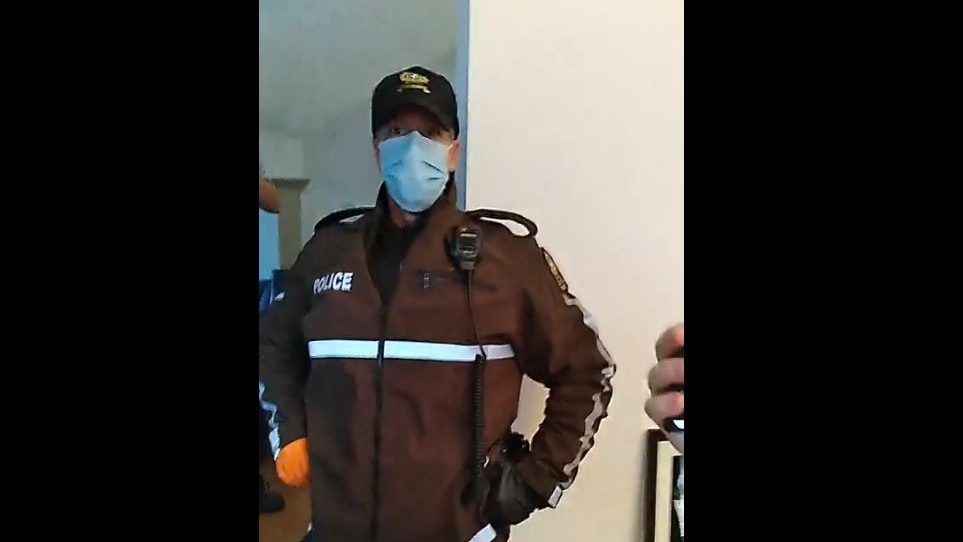 Video of a police intervention in a home where police say a gathering violating COVID-19 public health measures was being held went viral on social media. (Photo: Facebook)

In the video, which was shot from the inside of a home on Ile d'Orleans on Christmas morning, at least five police cars been seen on the street. Masked officers can be seen approaching the home and when those inside, none of whom were wearing masks, opened the door, some inside the house began angrily confronting the officers.

The video of the incident was shared thousands of times and received tens of thousands of comments. Some of those commenters accused the police of overreach and others spread conspiracy theories about the pandemic and the recently approved vaccines.

A Surete du Quebec officer said police were dispatched to the house after they received a call reporting an illegal gathering. She could not say exactly how many people were in the home but that the number was in violation of public health measures. They said a fine of up to $1,546 was given out.

In early December, the Quebec government backtracked after saying family gatherings would be permitted over Christmas, citing the province's skyrocketing COVID-19 numbers.