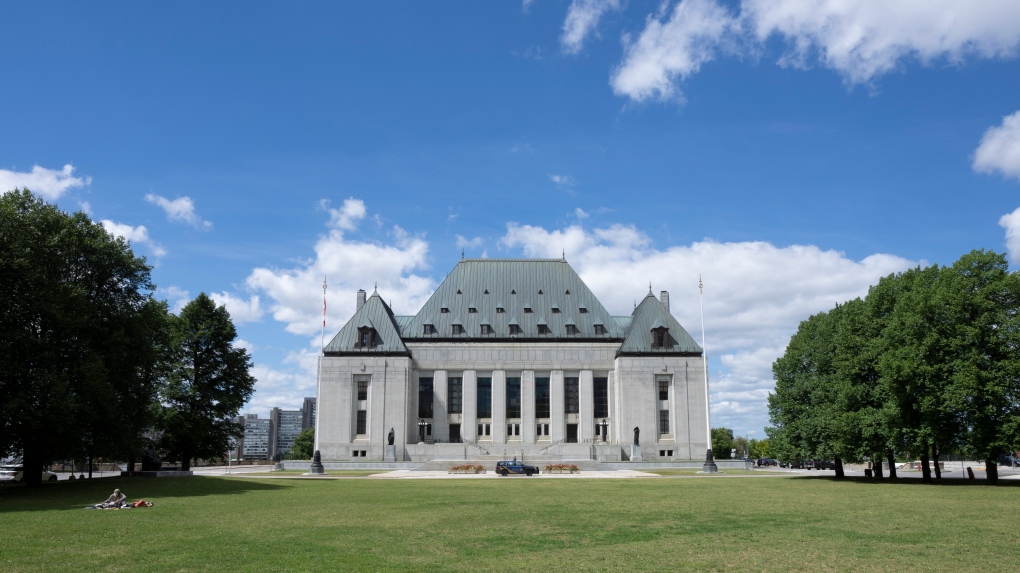 The Supreme Court of Canada is seen, Wednesday, August 10, 2022 in Ottawa. THE CANADIAN PRESS/Adrian Wyld

The Supreme Court of Canada will examine the constitutionality of a minimum sentence for the offence of child luring.

The top court has agreed to review the case of a Quebec man, identified only as H.V., who pleaded guilty to a child luring offence committed in 2017.

He argued the six-month mandatory minimum sentence provided for in s. 172.1(2)(b) of the Criminal Code was unconstitutional, given the Charter of Rights guarantee against cruel or unusual punishment.

The Court of Quebec imposed two years of probation, including 150 hours of community service.

However, the province's Superior Court sentenced the man to 90 days behind bars, to be served intermittently, as it found the sentence imposed by the trial judge too lenient.

The court also concluded the mandatory minimum sentence was unconstitutional, adding the infringement was not justified under the Charter.

The Quebec Court of Appeal dismissed a challenge by the Crown and provincial attorney general, affirming the sentence and the declaration of invalidity.

Mere months after a judge handed down a verdict in the Johnny Depp-Amber Heard defamation trial, the courtroom drama has been adapted into a film by streaming service Tubi called 'Hot Take: The Depp/Heard Trial.'