Sunwing Airlines has cancelled the return flight for a group of Quebecers who partied maskless on a chartered flight from Montreal to Cancun on Dec. 30.

In a series of now-deleted videos on social media obtained by the Journal de Montreal, passengers were seen drinking alcohol, vaping, and partying in close proximity.

In order to board the return flight, the tour group was presented with terms and conditions “to ensure the safety of the crew and passengers,” according to the airline.

“Unfortunately, the group did not accept all of the terms,” reads a statement. “As a result […] we have made the decision to cancel the return flight.”

But James William Awad, who organized the chartered flight, told CTV News the return trip was “cancelled for unknown reasons.”

“I agreed to all their conditions. But I wanted to make sure my group eats, so I told them I want food [on] the plane.”

“It’s a five-hour flight, they don’t want to feed my group. It poses no concerns for flight safety,” he argued.

Awad also claimed that the airline “wanted us to party.”

“The reality is that Sunwing gave alcohol to all my group during the whole flight,” he said. “Selling that alcohol for $5 a bottle.”

He also said that the group would have stopped vaping if they were asked to, but weren’t.

According to the Sunwing website, “electronic cigarettes (E-cigarettes or personal vaporizers) must be packed in your carry-on baggage and cannot be used onboard.” However, it’s unclear whether this rule applies to Sunwing’s chartered flights as well; Sunwing did not provide an answer when asked. 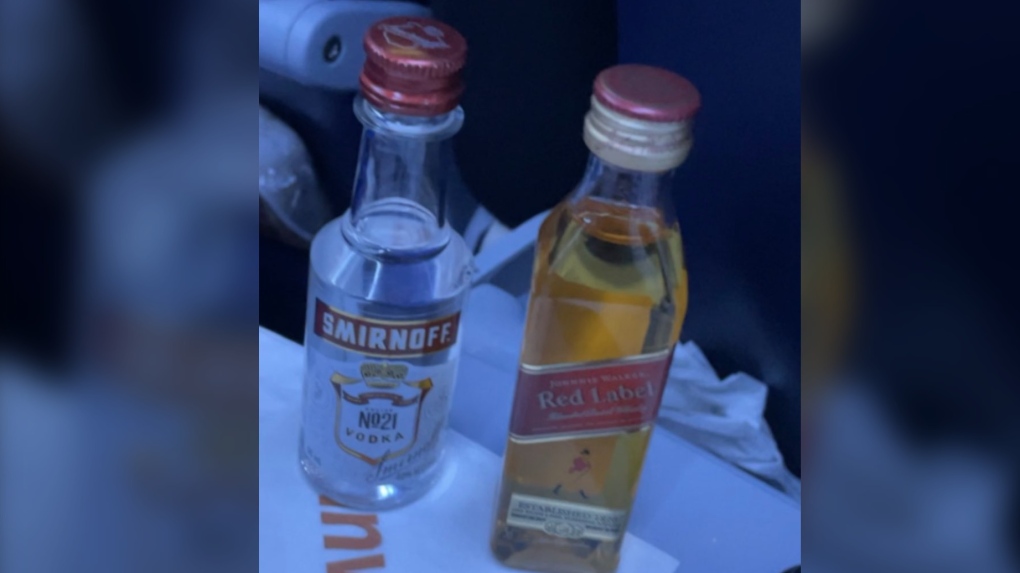 Transport Canada announced it would launch an investigation into the flight after Canada’s transport minister spoke out on Twitter.

“I am aware of the reports of unacceptable behaviour on a Sunwing flight,” Omar Alghabra tweeted. “I have asked Transport Canada to investigate the matter.”

I am aware of the reports of unacceptable behavior on a Sunwing flight. I have asked Transport Canada to investigate the matter. We must take the risks of COVID seriously!

In a statement, Transport Canada said passengers could face fines of up to $5,000 per offence, “should the department determine that non-compliance with Transport Canada regulations and requirements has occurred.”

Sunwing said it will support the Transport Canada investigation, and that an internal investigation by the airline’s security department has already been conducted.

The airline said it also sent an “initial notification” to Transport Canada.

Dominic Daoust is a commercial pilot. He said he was taken aback by what happened on the Sunwing flight.

“I saw the video everybody saw and, you know, we’re used to hearing stories about disruptive passengers once in a while. It happens and the flight attendants are trained to deal with it,” said Daoust. “But this, I’ve never seen a party that size in the back.”

Daoust said it’s possible that the rules were relaxed given that it was a chartered flight.

“My first thought goes to the flight attendants that had to deal with those guys. At some point, I understand that they just have to give up,” he said, adding that since the passengers were all in one group, “they’re not bothering anybody else.”

“There’s not a baby that’s trying to sleep,” he said.

But Daoust stressed that serious safety issues can arise if things get too out of control.

“If there’s an alarm that’s triggered, and the flight attendant can’t immediately isolate the source, then it becomes a problem, because now the pilot has to worry about, ‘is this somebody vaping or is there something else going on?’” he explained.

“Whatever happens in the cabin, it can’t affect the work of the flight attendants, because it’s not just about service. It’s also [the pilot’s] eyes and ears in the back if something were to happen.”